A Tale of Two Stains: Ponceau S vs Coomassie Blue

You've just finished running your lysate sample by SDS-PAGE, so you're pretty confident your protein should have migrated at the right molecular weight and is ready to transfer to a membrane for detection by Western Blot. But what if it's not? 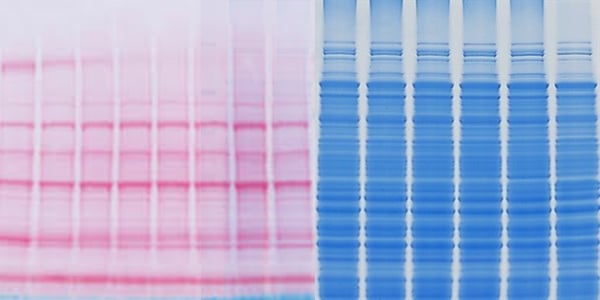 When it comes to mouse tissue samples, not all loading control proteins are expressed equally. For example, there are relatively low amounts of β-actin in mouse heart and relatively low amounts of GAPDH in mouse small intestine. Plus, under certain experimental conditions, the protein levels of some loading control proteins can be affected. β-actin mRNA levels, for instance, can change with insulin treatments in some tissues. It is important to do research in advance and determine what the best loading control is for your sample type and experiment. 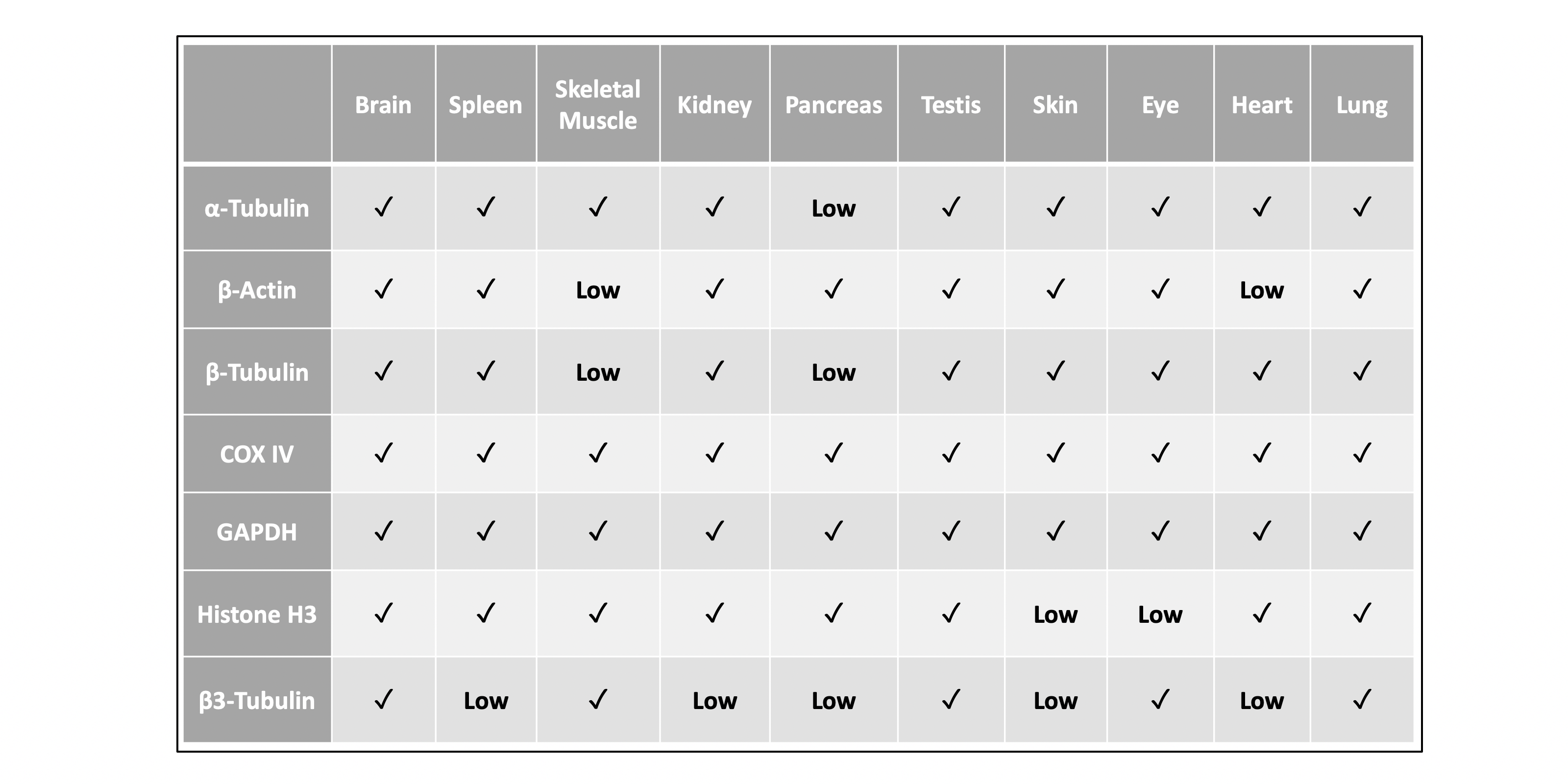 Have you ever wondered: Am I setting up my loading controls correctly?

You’re gathering data from all your experiments and preparing to present to your advisor and thesis committee at your annual progress report. You have an interesting hypothesis, and you have a validated antibody that recognizes your target protein on a western blot (WB). The molecular weight of the band is correct, and the expression of the target protein changes just the way you predicted it would. Now, you know — and you’d bet the house on it — when that powerpoint slide comes up, someone on your committee is going to ask about loading controls. 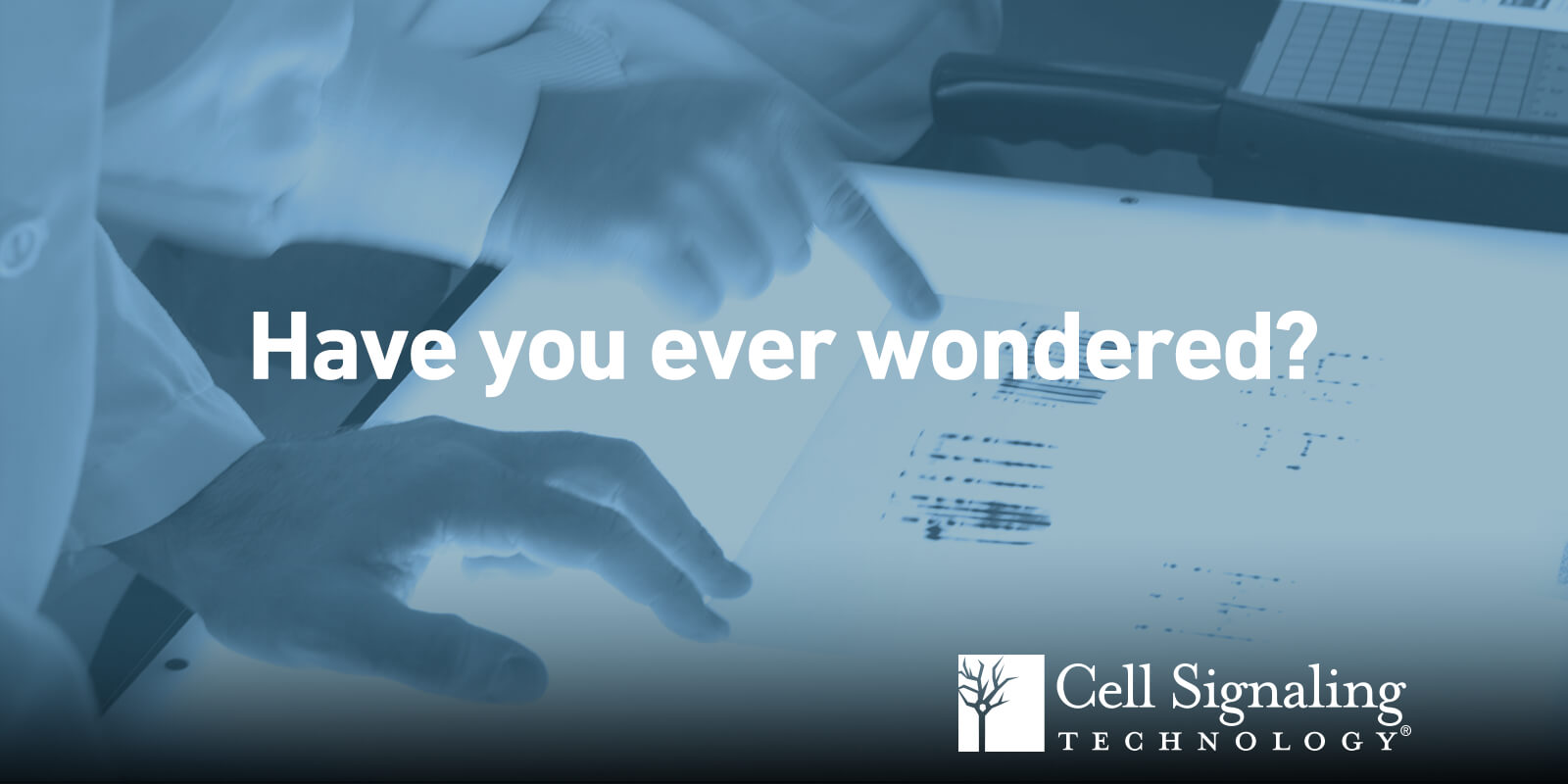 The use of multiple antibodies in a single experiment can provide useful information to researchers. Co-staining with multiple antibodies and cellular dyes is a simple, low-content form of multiplex analysis. Techniques for performing multiplex analyses in cells and tissues are powerful research tools that are applicable to general cell biology studies as well as diagnostic purposes. These techniques allow researchers to detect multiple biomarkers to assess their samples. They also allow for easy colocalization studies to determine relationships between analytes. Here we describe two common techniques for fluorescent staining using multiple antibodies in the same assay.

It’s Friday night and you could be out with your friends right now, but instead you’re tucked away in a dark little room filled with microscopes. Spending the evening in the lab seemed like a good choice at the time because you were certain this immunohistochemistry was going to reveal some small - but important - mystery of the universe to you. But now you’re sitting here, cursing the universe and everyone in it, because all you see when you stare down into the scope is some indistinct fuzziness. And did the controls work - meh - who’s to say? There’s no sugar coating it. It’s a fail. It’s Friday night - you’re tucked away in a dark, little room filled with microscopes.You could be out with your friends right now, but you begged off because you were certain this immunohistochemistry was going to reveal some small - but important - mystery of the universe to you.

Instead, you’re sitting here, cursing said universe and all its inhabitants, because all you see when you stare down the barrel of the scope is some indistinct fuzziness. And did the controls work - meh - who’s to say? There’s no sugar coating it – it’s a fail.

So, what’s next? If you’re like me, you’ll wing the slide into the trash with as much gusto as you can muster and head out to find your friends. Tomorrow, you’ll re-evaluate the experiment.

But where do you start? You probably know that a highly specific, high-affinity primary antibody is key to a successful IHC. But did you know that the companion reagents (i.e., buffers, etc.), which establish the pH and ionic strength of the system, are just as important? These reagents can influence the binding of the primary antibody to its epitope and dramatically affect the outcome of the assay.

To help you pick the best reagents for your assay (and make sure those Friday nights in the lab are worth the effort) we will spend the next several posts reviewing how companion reagents affect IHC. And, as an example we will describe our experience optimizing the protocol for one of our antibodies, PLK1 (208G4) Rabbit mAb.