When it comes to mouse tissue samples, not all loading control proteins are expressed equally. For example, there are relatively low amounts of β-actin in mouse heart and relatively low amounts of GAPDH in mouse small intestine. Plus, under certain experimental conditions, the protein levels of some loading control proteins can be affected. β-actin mRNA levels, for instance, can change with insulin treatments in some tissues. It is important to do research in advance and determine what the best loading control is for your sample type and experiment.

So, how does a Cell Signaling Technology (CST) scientist prepare for testing mouse tissues by western blot? We check reliable expression databases and the literature to ensure the tissue type expresses a loading control protein before doing a western blot. We also look to see what the relative abundance is of that protein to help set expectations. Just because a tissue expresses the mRNA for a given target, does not mean the amount of resulting protein will be high enough to be detected by western blot. Make sure a given loading control protein is highly expressed in your tissue samples before running any blots so you can save valuable time and reagents.

In an effort to help, we have already performed testing in house using some common mouse tissues and loading control antibodies. The results are summarized in a handy reference table. Below, you’ll find some example western blots and a brief list of antibodies recognizing each mouse target protein. For the most up-to-date product availabilities and selection, please check out the complete CST catalog. Our Customer Service team is also happy to answer any purchasing questions. 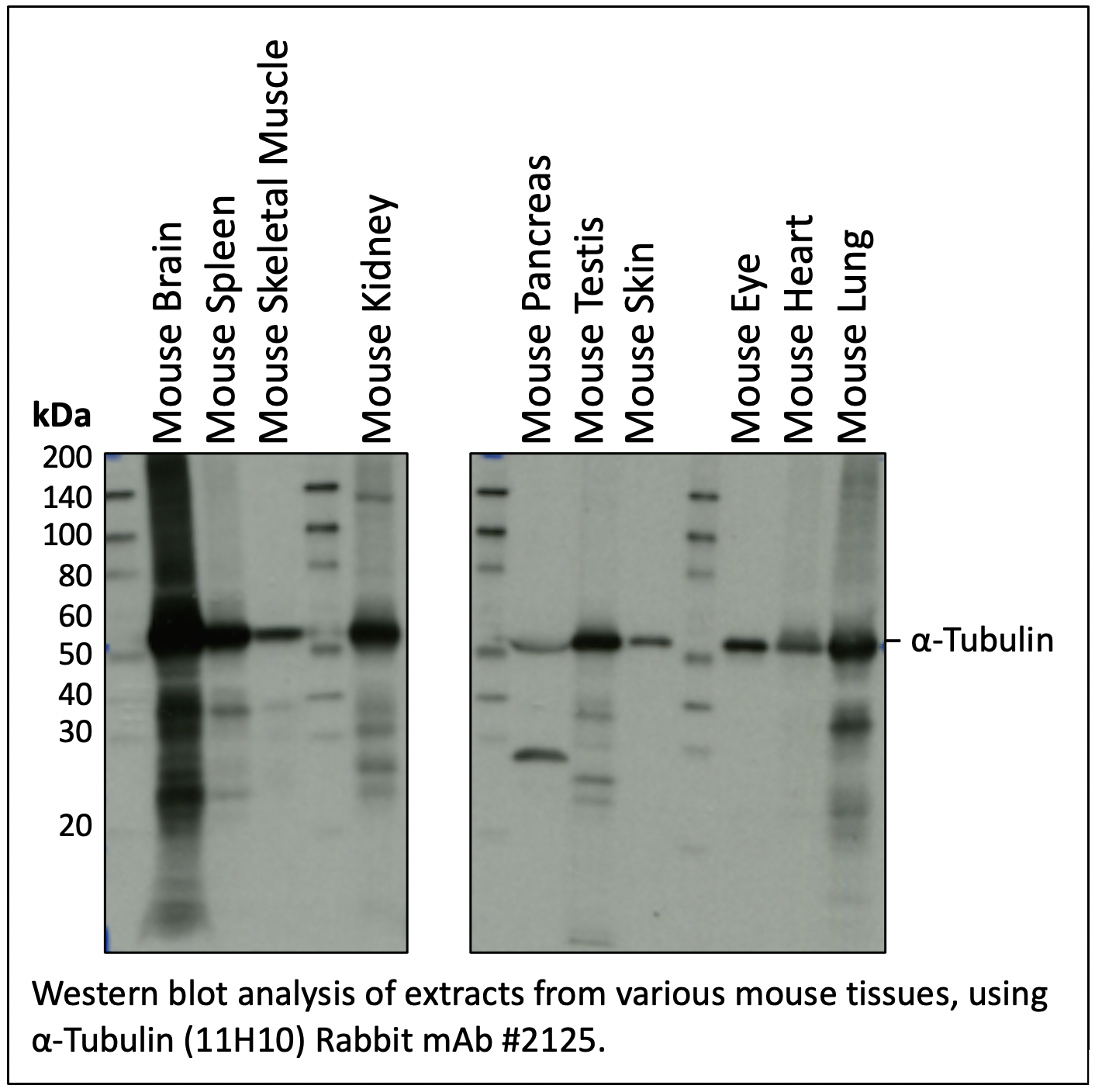 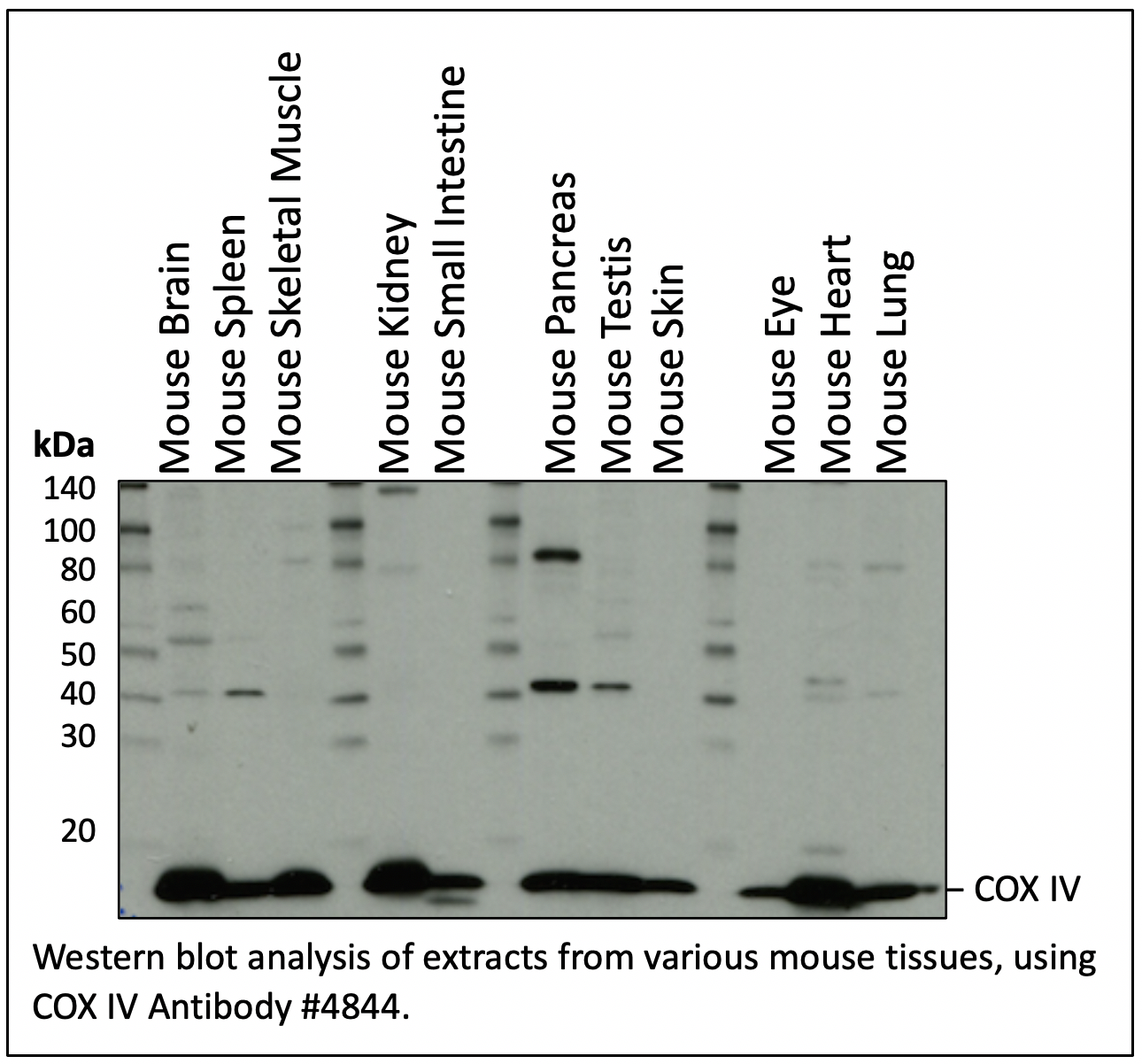 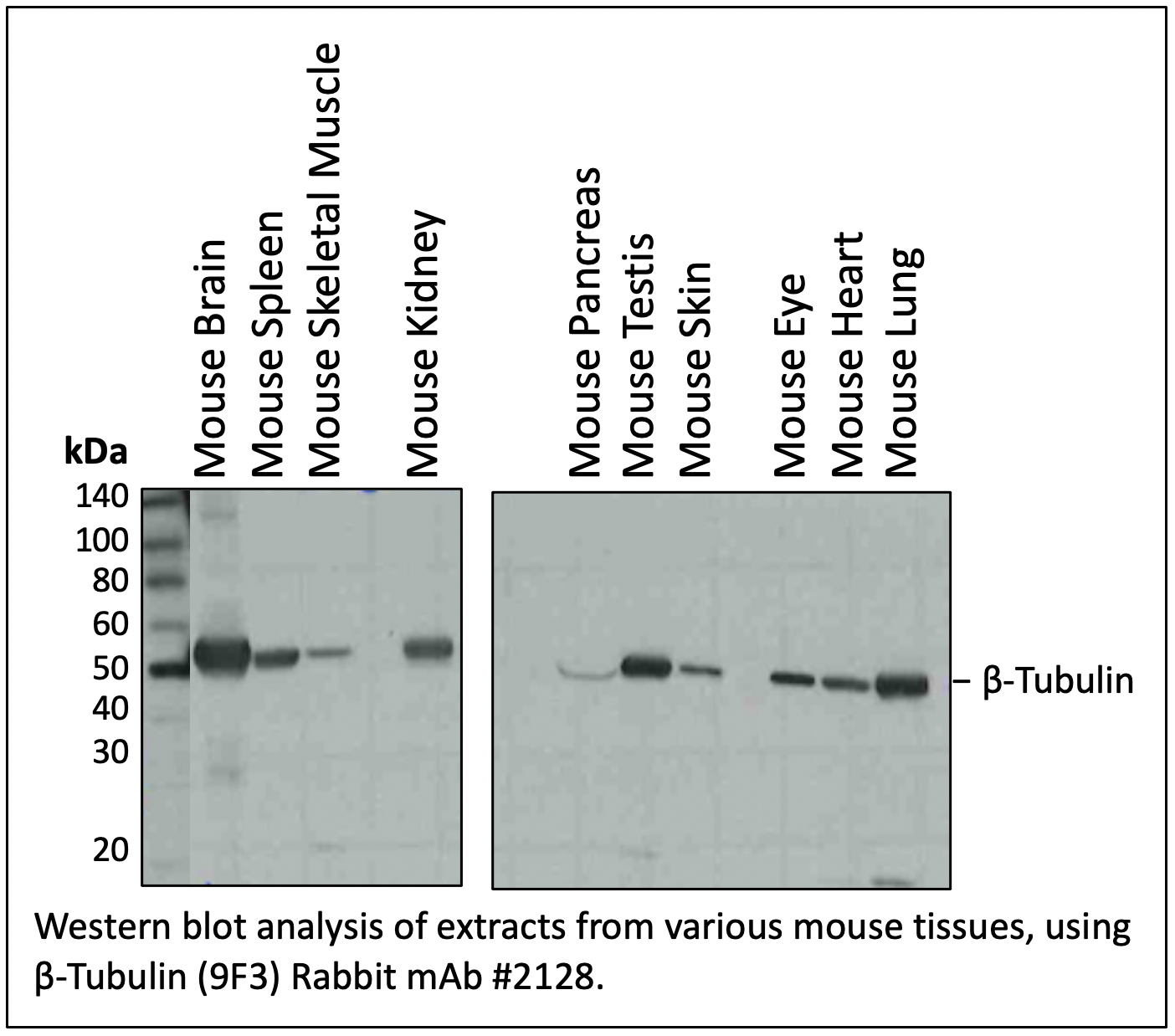 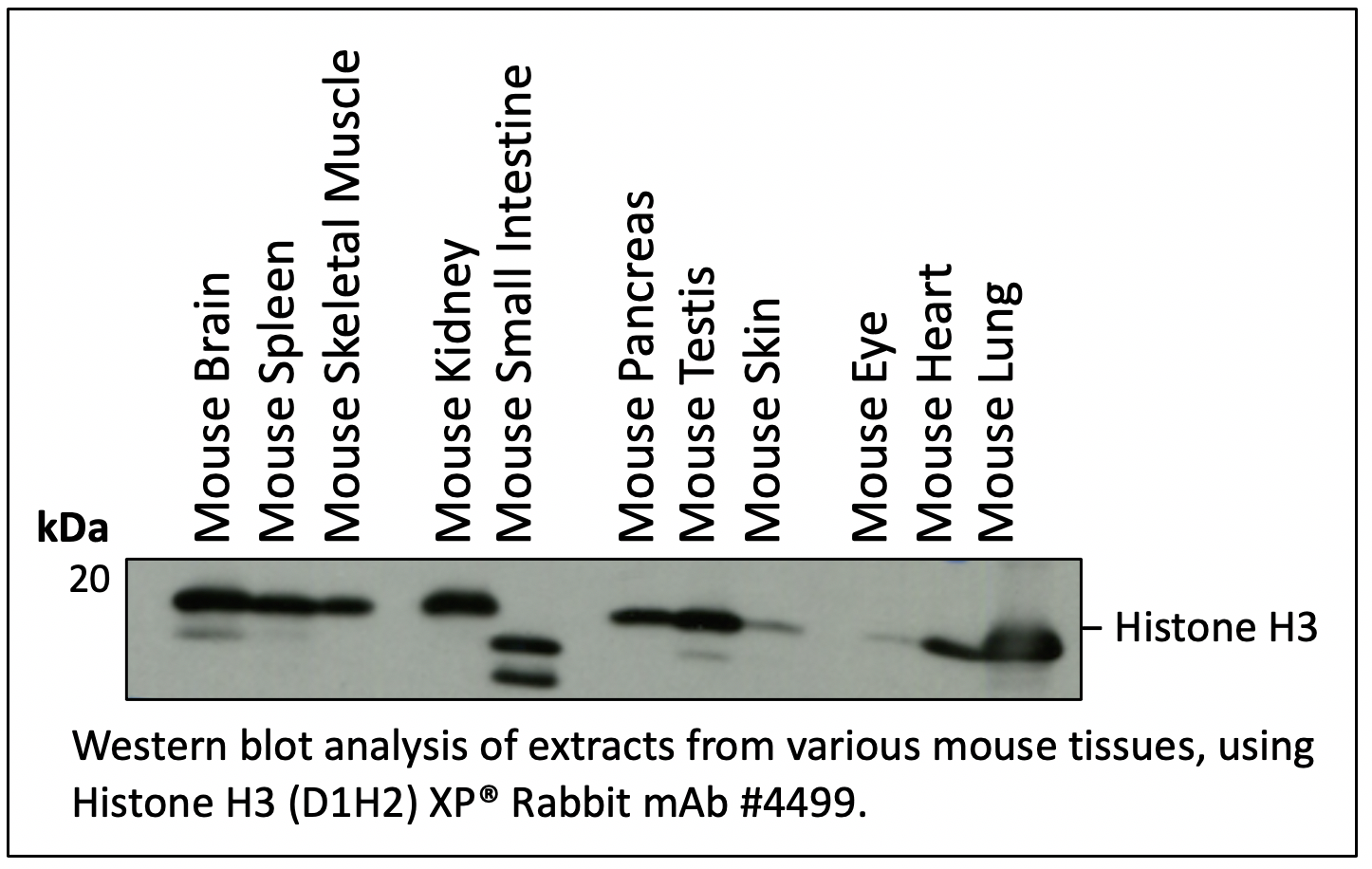 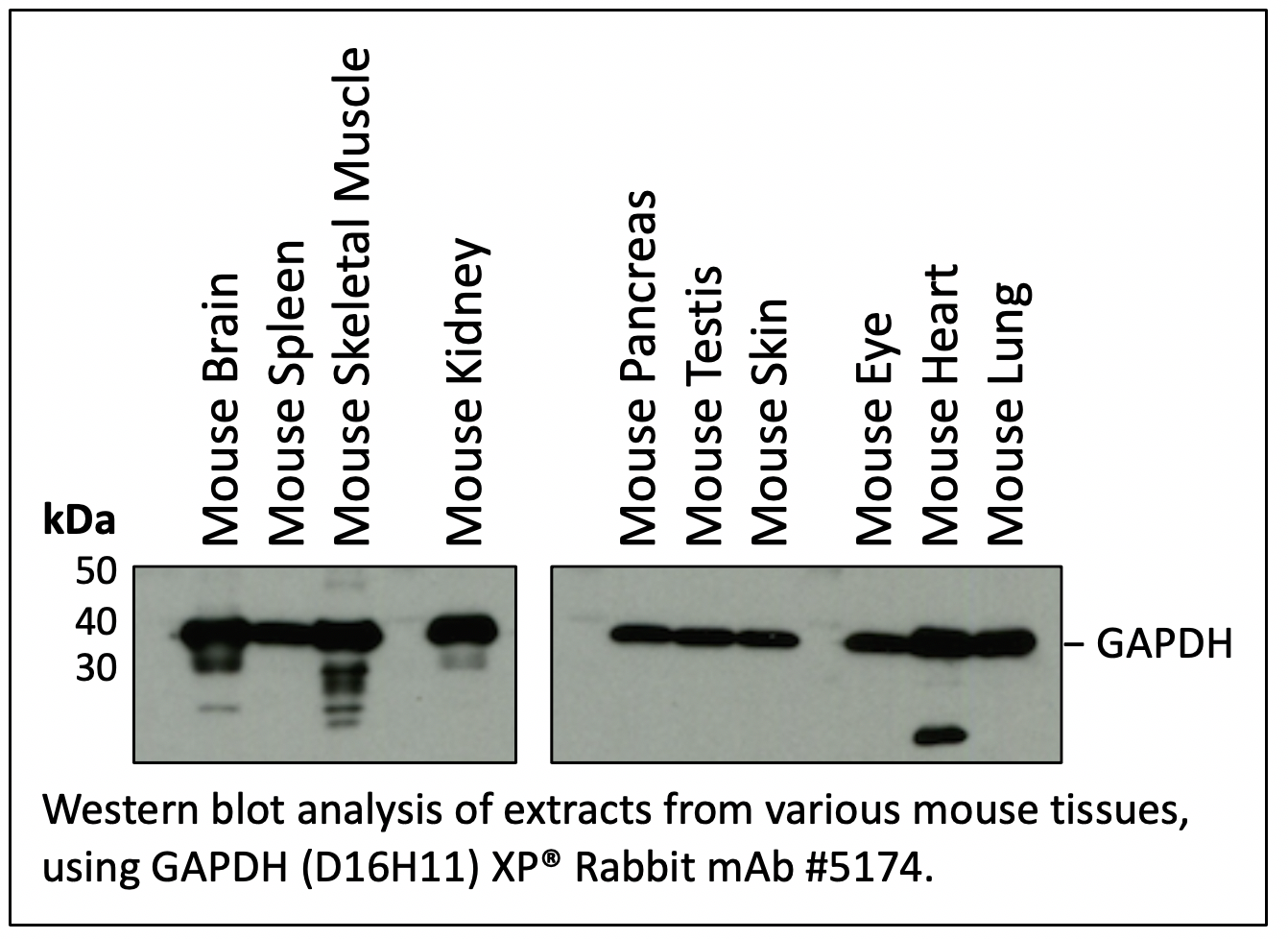 Note: β-Actin can be cleaved by caspase-3 between Asp244 and Gly245, which will result in a 32 kDa fragment and a 15 kDa fragment. Depending on the location of its antigen, some β-actin antibodies can detect both full-length b-actin as well as the 32 kDa fragment, also known as fractin. 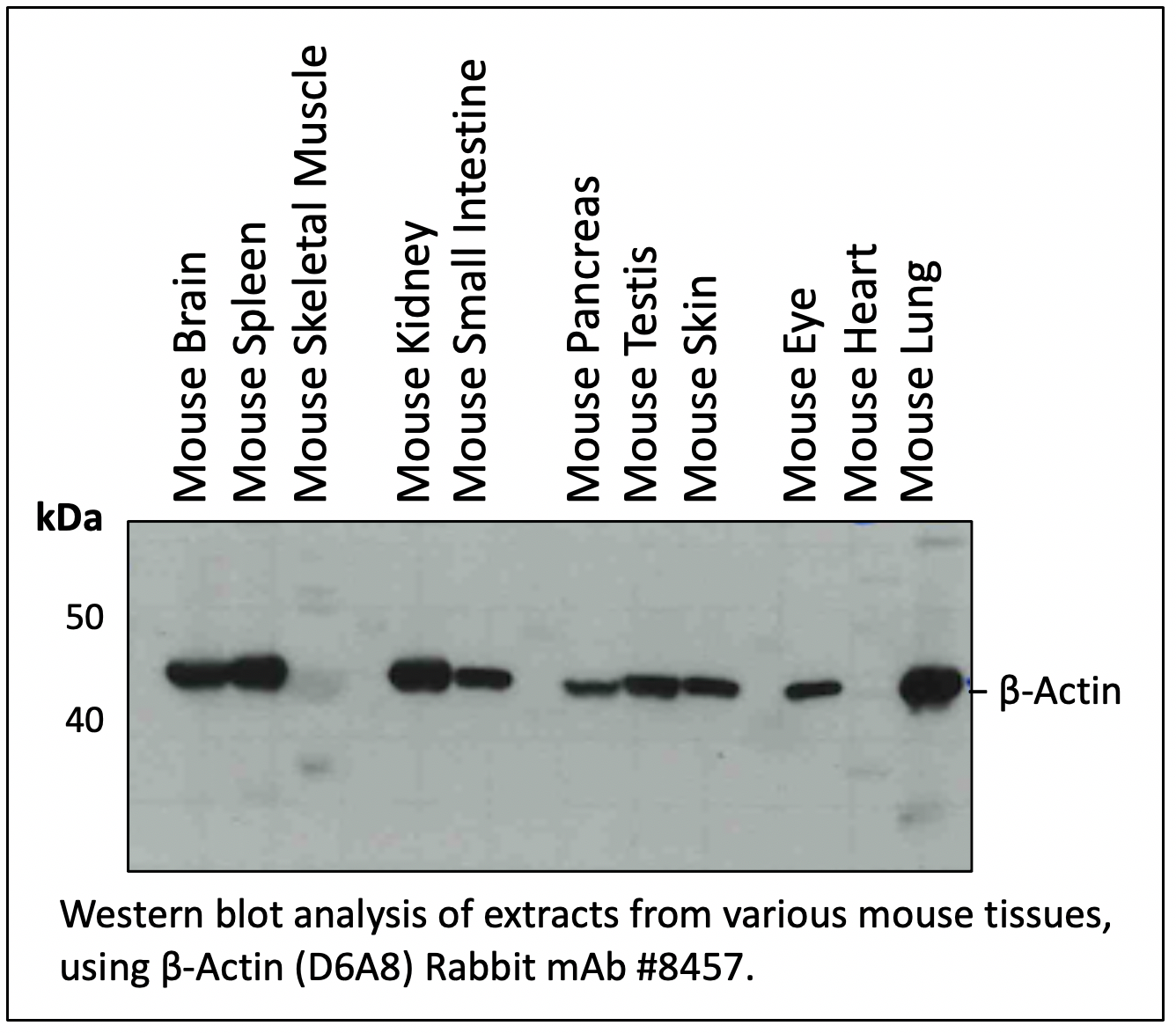 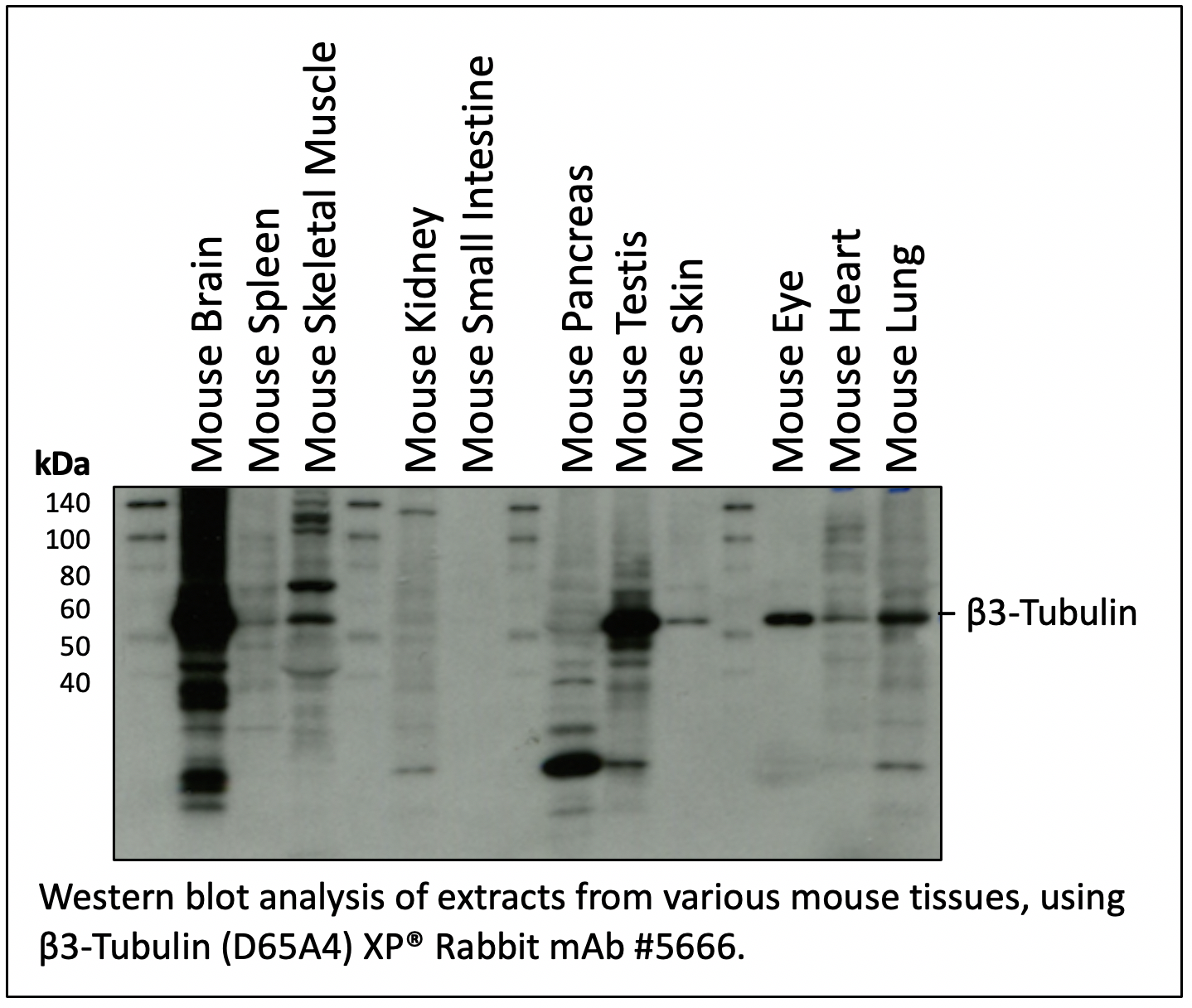