Not all cancer cells are equal, they evolve in response to selective pressure driven by accumulation of mutations. Cancer cells have to out-compete nearby cells for nutrients and other resources, avoid immune cell attack, and suppress apoptotic self-destruction. 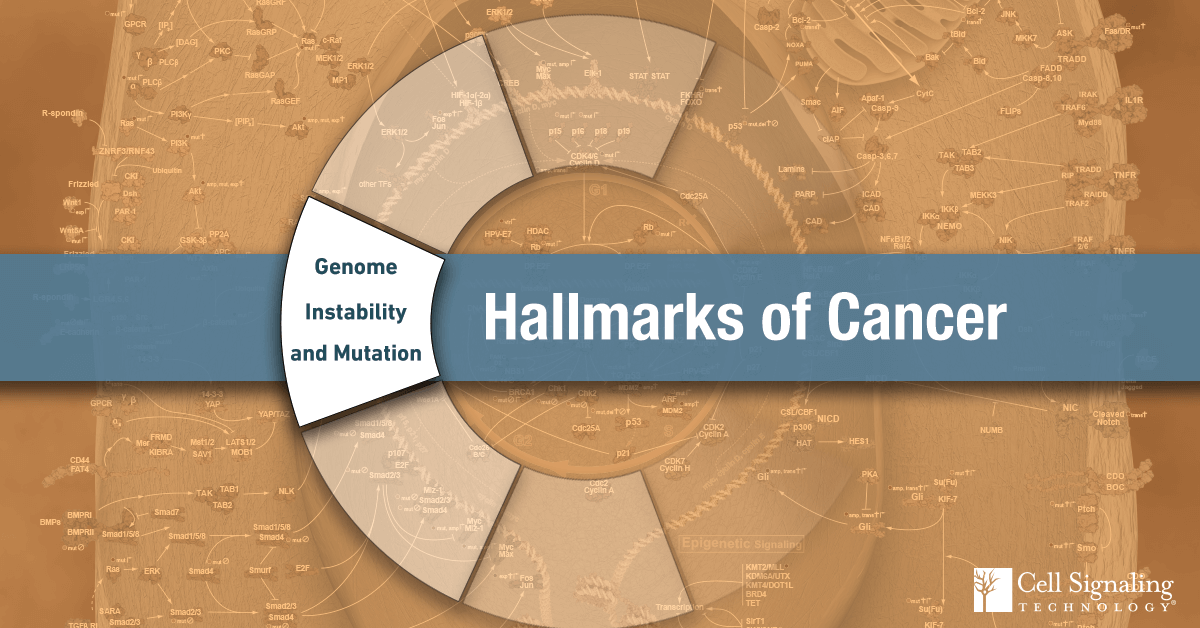 Due to the aberrant proliferation associated with cancer cells, there is an increased tendency of genomic changes and mutations that contribute to the damage of multiple genes regulating cell division and tumor suppression. This is known as genomic instability. Genomic instability has the tendency to compound in cancer cells, since survival-enhancing mutations increase the probability that those mutations will propagate in future cells.

A mutation is an alteration of an organism’s DNA sequence. The nucleotides that compose our DNA can be added, replaced, or deleted, and single- or double-stranded breaks can occur within the DNA strand. Complete sections of DNA can also swap positions, be inadvertently replicated, or deleted. Most of these mutations are not cancer-related. They can either be spontaneous or the result of environmental insults like chemicals and radiation. Despite the high probability that such mutations can occur, our DNA is maintained relatively error-free. Our genome surveillance and maintenance systems, mitotic checkpoints and DNA repair mechanisms are always working to mitigate common daily factors that attempt to mutate our genetic code. A defect in any of these systems can increase the DNA’s susceptibility to mutations, resulting in genomic instability and an increased risk of malignancy.

One such mechanism is the G2/M DNA damage checkpoint, which serves to prevent the cell from entering mitosis (M-phase) with genomic DNA damage, facilitating genome surveillance and DNA repair. There are several key proteins involved:

DNA-dependent protein kinase (DNA-PK), a serine/threonine kinase complex composed of a heterodimer of Ku proteins (Ku70/Ku80) and the catalytic subunit DNA-PKcs, is deployed to the site of double-stranded DNA breaks almost instantly to initiate repair via non-homologous end joining.

BRCA1 and BRCA2, two tumor suppressors that are found in breast and other tissue, contribute to DNA repair, chromosomal stability and transcriptional regulation in response to DNA damage. Studies have shown that, in response to DNA damage, BRCA1 is hyperphosphorylated and translocated to specific sites within the replication fork. BRCA1 has also been shown to regulate the expression levels of several genes activated in response to DNA damage. In addition, BRCA1 is required for the S-phase and G2/M-phase mitotic checkpoints. BRCA2 plays a slightly different role than BRCA1 and is predominantly active in maintaining chromosomal stability and mitotic recombination. Both BRCA1 and BRCA2 have been shown to repair double-stranded DNA breaks via homologous recombination.

Chk1 and Chk2 are key signaling transducers that are part of a complex network of gene integrity checkpoints, damage detectors and tumor suppressors.

p53 is also known as the “guardian of the genome” for its role in conserving genomic stability. p53 plays a central role in in a pathway that recognizes and mitigates oncogenic stress by halting proliferation and inducing apoptosis/senescence in an attempt to allay accumulating DNA damage that could lead to malignancy. (Fun fact, elephants have over 20 copies of the p53 gene to protect them from mutations.)

The Hallmarks of Cancer are seminal manuscripts by Doctors Robert Weinberg and Douglas Hanahan and were published in Cell. The authors proposed the idea that the complexity of cancer can be broken down into smaller subsets of underlying principles. The information here pertains to one Hallmark of Cancer, known as "Genome Instability and Mutation." Other entries in this series explore the other proposed Hallmarks.