Some cancer cells adapt mechanisms to evade detection and destruction by the host's immune system. One way cells do this is by hijacking normal mechanisms of immune checkpoint control and modulation of the innate immune response via STING.

Immune checkpoints refer to the built-in control mechanisms of the immune system that maintain self-tolerance and help to avoid collateral damage during a physiological immune response. It is now evident that tumors engineer microenvironments to evade immune surveillance and attack, particularly by modulating certain immune-checkpoint pathways. 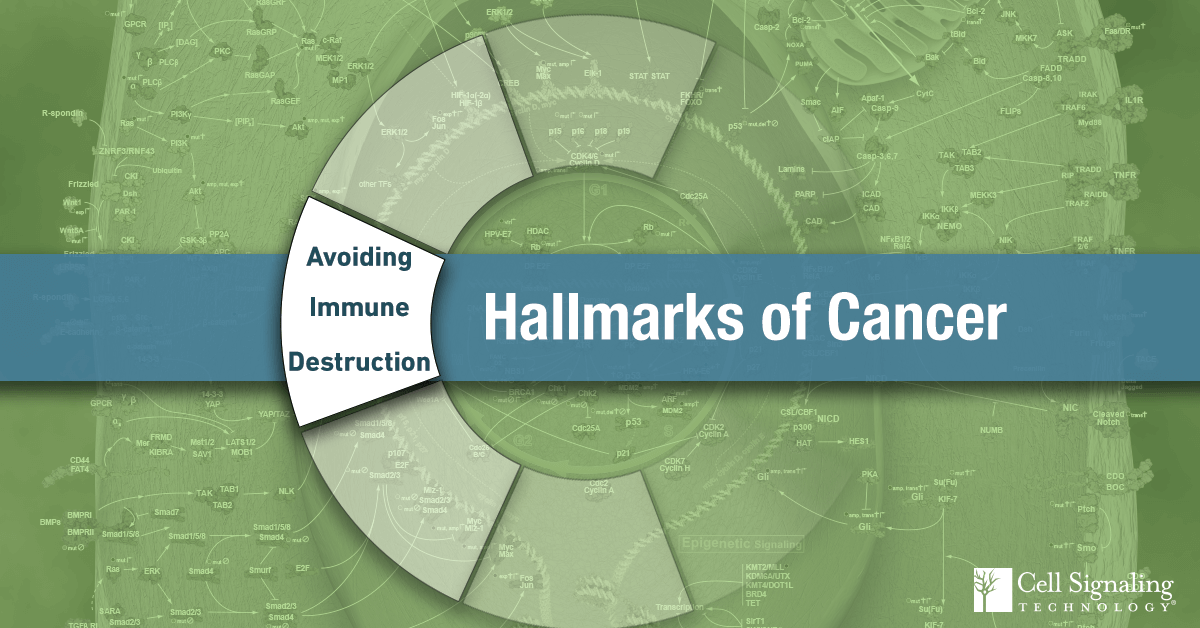 CD8 is a T cell and the coreceptor for the T cell receptor (TCR). These two distinct structures recognize the Antigen–Major Histocompatibility Complex (MHC). In tumors, T cells are also known as tumor infiltrating lymphocytes (TIL), present in high abundance at the tumor site to influence overall survival. During cancer therapy, TILs are sometimes removed from a patient’s tumor and are then treated with substances that activate the lymphocytes to help them better kill the patient’s cancer cells.

PD-L1 and PD-L2 (programmed cell death proteins) are transmembrane proteins that suppress the adaptive arm of the immune system during particular events such as pregnancy, tissue allografts, autoimmune disease and other disease states like hepatitis. PD-1 on the T-cell is activated by the cell surface ligands on the tumor cell. Upregulation of PD-L1 may allow cancers to evade the host immune system.

STING (stimulator of interferon genes) is a key mediator of innate immunity, and the STING pathway has been shown to be involved in the induction of an anti-tumor immune response. STING is responsible for regulation of type-I interferon production and cellular defense against intracellular pathogens (like bacteria or viruses). Key regulators of the STING pathway are:

STING is a signaling molecule associated with the endoplasmic reticulum (ER) and is essential for controlling the transcription of numerous host defense genes (including type I interferons (IFNs) and pro-inflammatory cytokines) following the recognition of aberrant DNA species or cyclic dinucleotides in the cytosol of the cell. Sting can translocate out of the ER upon activation.

Learn more about the pathways and proteins involved in Avoiding Immune Destruction:

Have you been wondering how to monitor a cell state or cellular response? From a basic research standpoin...
Andrea T Oct 6, 2021 3:00:00 AM

Over the years there have been numerous additions and variations to the original ELISA format including e...
Mark S Sep 29, 2021 3:00:00 AM