Cancer cells can revert to a pre-differentiated, stem-cell-like phenotype, allowing uninhibited cellular division and other metabolic adaptations that enable survival in adverse conditions. 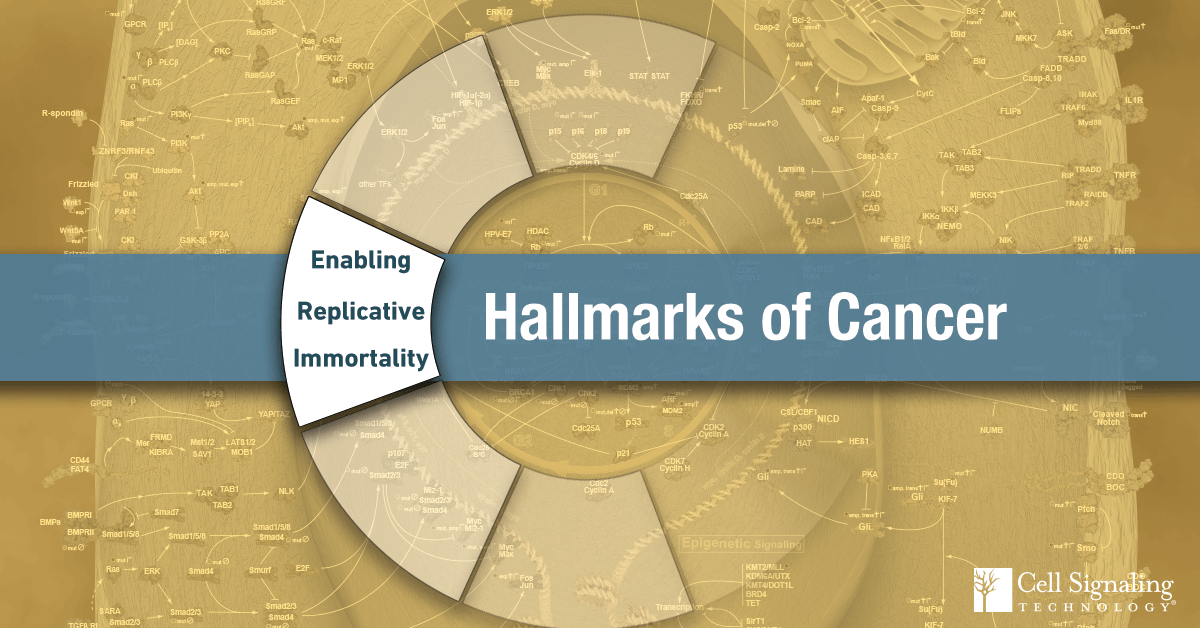 - YAP and TAZ are key mediators to Hippo signaling. YAP acts as a transcriptional co-activator, can be phosphorylated at multiple sites and translocates from the nucleus to the cytoplasm
- When the Hippo pathway is turned off, YAP is phosphorylated, translocates to the nucleus and is associated with various transcription factors, including the TEAD YAP/TEAD complexes regulate the expression of genes involved in cell proliferation and apoptosis.

The Wnt/β-Catenin pathway is another evolutionarily conserved mechanism that contributed to cancer's ability to replicate indefinitely. This pathway regulates stem cell pluripotency and cell fate decisions during development. Wnt signaling has also been shown to promote nuclear accumulation of transcriptional regulators implicated in cancer, such as TAZ. Key regulators include:

- β-Catenin is a key downstream effector in the Wnt signaling pathway. It is implicated in two major biological processes in vertebrates: early embryonic development and tumorigenesis. It can translocate to the nucleus.
- LEF1 and TCF bind to Wnt response elements to provide docking sites for β-catenin, which translocates to the nucleus to promote the transcription of target genes upon activation of Wnt signaling.

Learn more about the pathways and proteins involved in Enabling Replicative Immortality:

The Hallmarks of Cancer are seminal manuscripts by Doctors Robert Weinberg and Douglas Hanahan and were published in Cell1. The authors proposed the idea that the complexity of cancer can be broken down into smaller subsets of underlying principles. The information here pertains to one Hallmark of Cancer, known as "Enabling Replicative Immortality." Other entries in this series explore the other proposed Hallmarks.