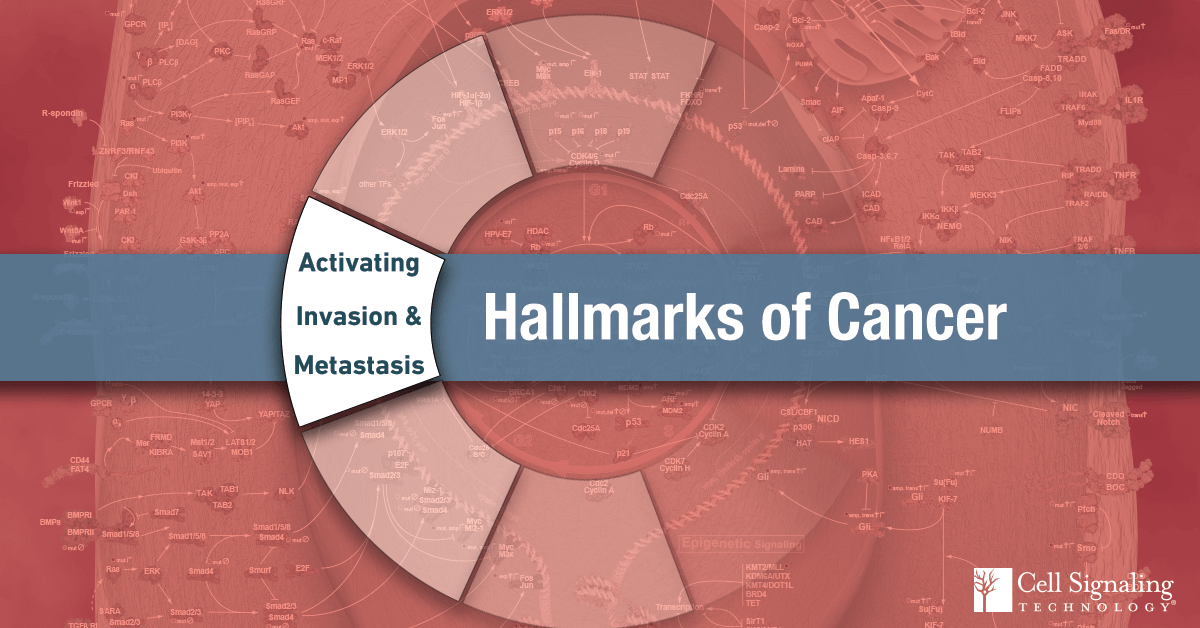 Tissue invasion is the mechanism by which tumor cells expand into nearby environments. Metastasis refers to the process of tumor cells breaking away from the primary tumor, migrating to a new location and establishing a new, or secondary tumor, in the new environment. Both of these complex processes leverage existing cellular mechanisms, such as the Adherens Junction Signaling pathway, to enable invasion and migration of the tumor cells.

Adherens junctions are dynamic structures that form, strengthen and spread, degrade, and then re-form as their associated proteins create connections with counterparts from adjacent cells. The Adherens junction serves multiple functions, such as initiation and stabilization of cell-cell adhesion, regulation of the actin cytoskeleton, intracellular signaling, and transcriptional regulation. They can appear as bands encircling the cell (zonula adherens) or as spots of attachment to the extracellular matrix (adhesion plaques).

Under normal conditions, this helps create order among the cells. Cell-cell junctions link cells to adjacent cells in tissue. They also regulate tissue homeostasis in critical cell processes that include tissue barrier function, cell proliferation, and migration. Defects in cell-cell junctions give rise to a wide range of tissue abnormalities that disrupt homeostasis and are common in genetic abnormalities and cancers.

The connection between cell junctions and the cytoskeleton is still under investigation. It may be more dynamic than originally considered and may rely on multiple, weak associations between the cadherin-catenin complex and the actin cytoskeleton or rely on other membrane-associated proteins.

Learn more about Adherens Junction Signaling and the proteins involved.