Cancer cells resist inhibitory signals that might otherwise stop their growth. The major pathways involved are Autophagy and Death Receptor Signaling (Apoptosis), both of which can ultimately lead to cell death, and reduction in tumor growth. 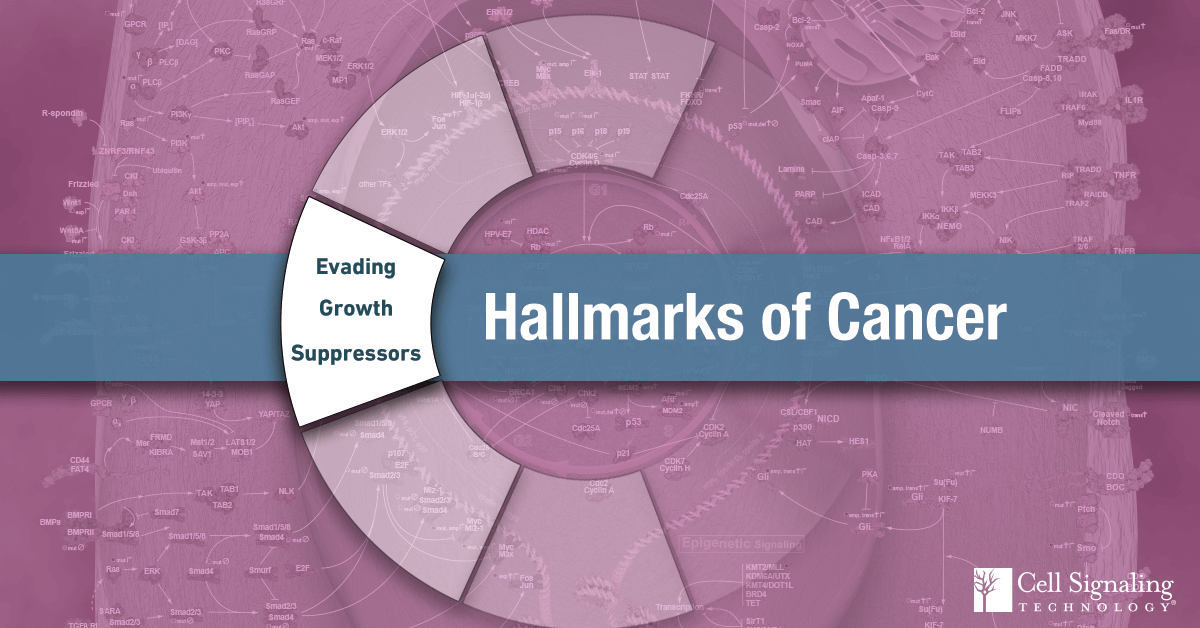 Autophagy is a dynamic cellular recycling system that results in the degradation of cytoplasmic contents, abnormal protein aggregates, and excess or damaged organelles so that the building blocks (e.g., amino acids) can be used to create new cellular components. Therefore, autophagy is a survival-promoting process. Cancers can upregulate autophagy to survive microenvironmental stress and to increase growth and aggressiveness. The autophagy process involves the formation of an autophagosome, which then fuses with lysosomes to form an autophagolysosome. The process is regulated by mTOR/AMPK/PI3K/MAPK pathways.

Atg16L1 plays a key role in helping to form a huge complex that then is needed to form the autophagosomes, the structures that deliver cytoplasmic components to the lysosomes

Sequestosome 1 (SQSTM1, p62) is a ubiquitin binding protein that interacts with ubiquitin and provides a scaffold for several signaling proteins. It triggers degradation of proteins through the proteasome or lysosome

Autophagy marker Light Chain 3 (LC3) becomes associated with autophagic vesicles. The presence of LC3 in autophagosomes and the conversion of LC3 to LC3-II have been used as indicators of autophagy

Apoptosis (programmed cell death) can be induced through the activation of death receptors.

Caspase-8: Apoptosis is induced through several receptors which activate caspase-8 and lead to the release of the caspase-8 active fragments, which then cleave and activate downstream caspases.

RIP kinases are important regulators of cellular stress that trigger pro-survival and inflammatory responses through the activation of NF-κB, as well as pro-apoptotic pathways

The Hallmarks of Cancer are seminal manuscripts by Doctors Robert Weinberg and Douglas Hanahan and were published in Cell1. The authors proposed the idea that the complexity of cancer can be broken down into smaller subsets of underlying principles. The information here pertains to one Hallmark of Cancer, known as "Evading Growth Suppressors." Other entries in this series explore the other proposed Hallmarks.