A multiple antibody strategy is a powerful approach to antibody validation. One of the most common methods to achieve this is to immunoprecipitate (IP) the target with one antibody and subsequently detect it by western blotting with another antibody against the same target. This provides confidence that both antibodies are binding the correct biomolecule. 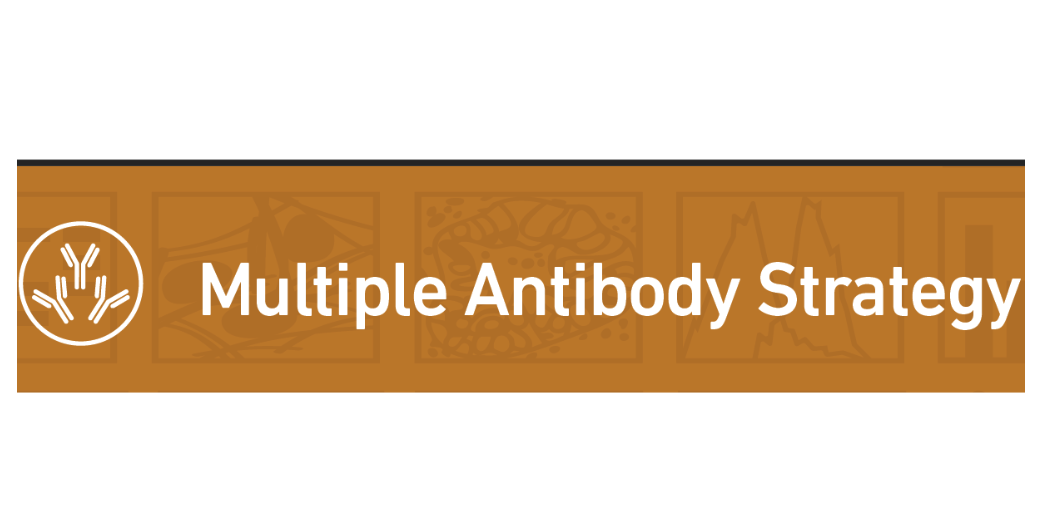 Another familiar method of multiple antibody validation involves using two or more antibodies against distinct, non-overlapping epitopes on the same target to produce directly comparable immunostaining data. This is typically demonstrated through techniques such as western blotting, immunocytochemistry or IHC. By probing identical samples with multiple antibodies in parallel, it is possible to gain a relatively quick visual indication of antibody specificity.

In situations where two antibodies against the same target are not available, alternative strategies can be employed to determine antibody specificity. For example, IP followed by mass spectrometry is a method increasingly used to detect proteins that have been enriched by an antibody that is under evaluation.

As with any of the hallmarks of antibody validation, a multiple antibody strategy should never be the only strategy employed to determine antibody specificity. For example, to eliminate the possibility that while antibody binding is comparable by IHC, both reagents in fact recognize the same incorrect, non-dtarget biomolecule, multiple antibody testing data should always be supported by additional antibody validation strategies. Moreover, the multiple antibody approach should never be used in a “blinded” manner as a means to screen or select antibodies; all antibodies tested this way should be validated independently using the other strategies outlined within this handbook.

IP is one of the most obvious approaches to multiple antibody validation, providing a clear visual indication that two distinct antibodies bind the same target. The evidence is strongest if the antibodies recognize different regions of the molecule, as illustrated in Figure 1. Here, a NeuN (E4M5P) mouse mAb has been used to immunoprecipitate the NeuN protein from rat brain extracts and a NeuN (D4G4O) rabbit mAb has been employed for western blot analysis. A similar dataset is shown in Figure 2, using a TAZ (EBE9G) rabbit mAb for IP and a second TAZ (D316D) rabbit mAb for western blotting. In both cases, the inclusion of an isotype control helps to confirm antibody specificity. 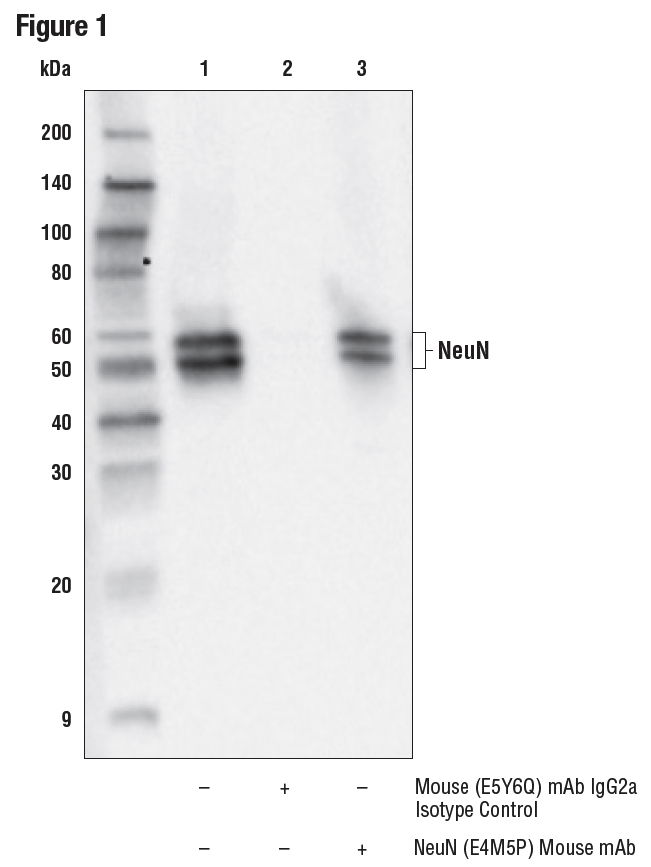 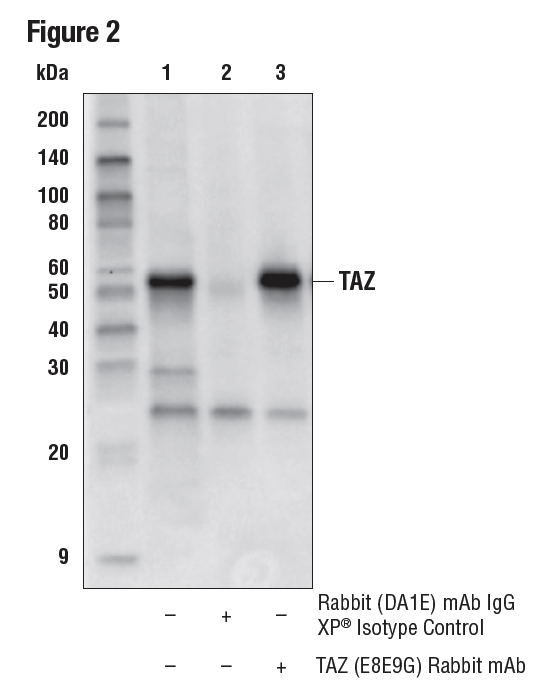 The use of multiple antibodies to probe identical samples via immunostaining techniques is a straightforward yet underutilized approach to confirm antibody specificity. If two or more distinct antibody reagents demonstrate an identical staining pattern or antigen localization, this provides confidence that an antibody is staining the target specifically.

It is possible to use a previously validated antibody to confirm observed immunostaining data from an antibody that is undergoing validation. If the results obtained with the test antibody reproduce those of the validated antibody, this is seen as an indication of specificity. For example, Figure 3 shows IHC analysis of two different tissue types using two Helios rabbit mAbs that recognize distinct epitopes on the human protein. The staining pattern in both tissues is comparable, suggesting that both antibodies are specific to the target. In Figure 4, two different MAGE-A4 rabbit mAbs have been used to stain human squamous cell lung carcinoma tissue. Again, both antibodies can be seen to produce similar staining, delivering confidence in their specificity. 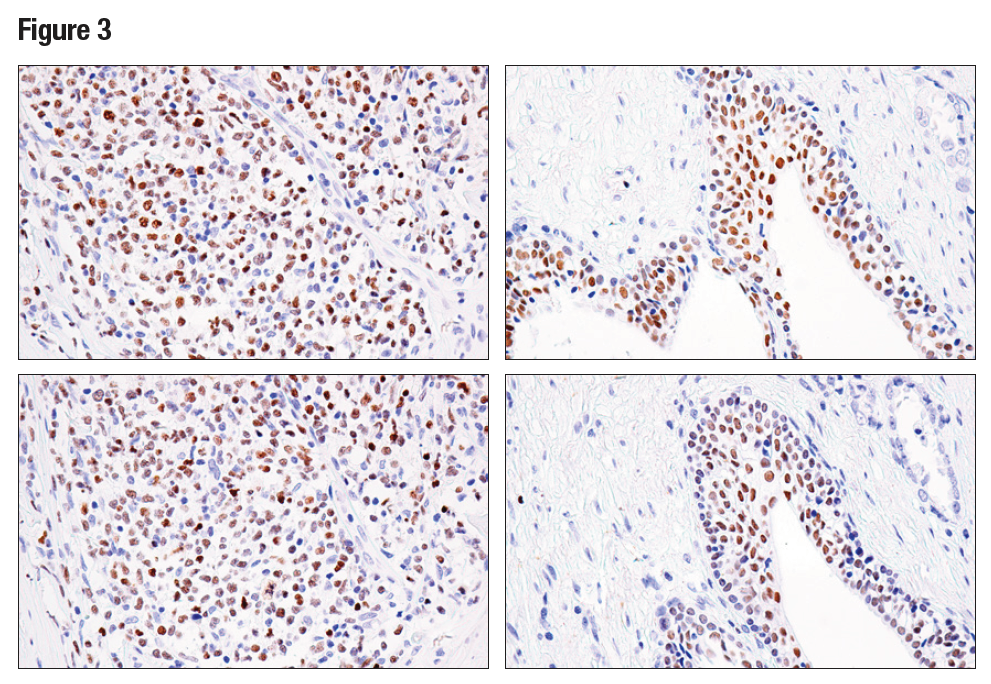 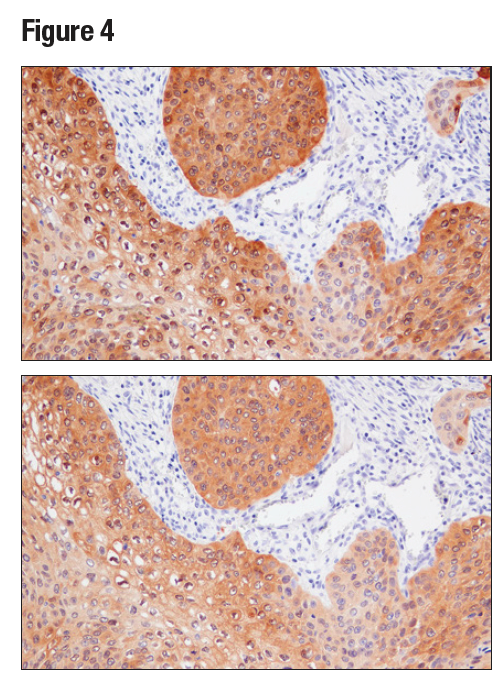 In addition to providing side-by-side data from two antibodies that recognize different epitopes on the same target, it is ideal to find comparable data across several products. For instance, Figures 5 and 6 show western blot data associated with two unique antibodies against CD200 to be similar, highlighting the consistency of the models used to test the antibodies and the similarity of the results that have been generated. In contrast, if data for two different products against the same target differ vastly, the validity of the results may be called into question. 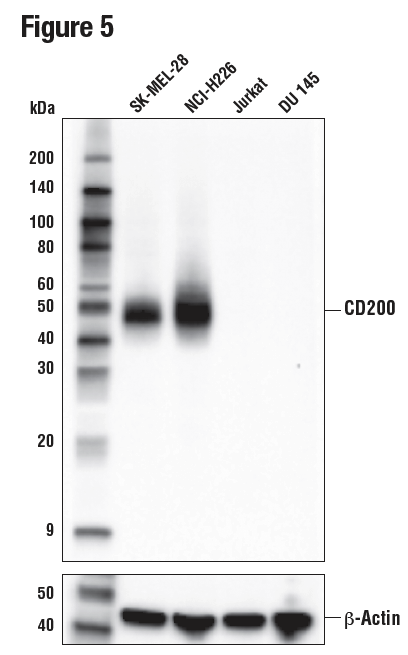 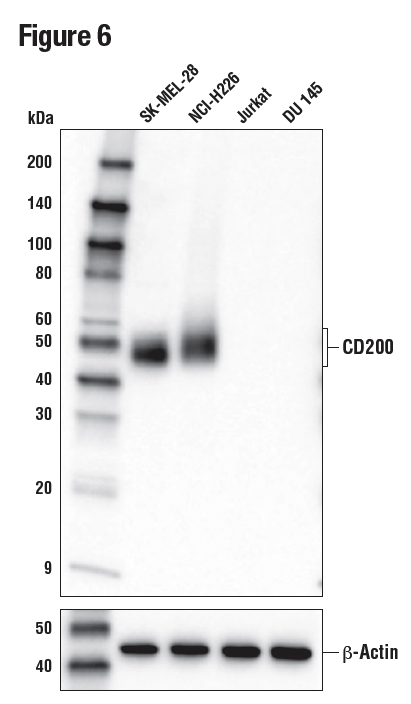 Multiple antibodies can also be used to validate results in chromatin immunoprecipitation (ChIP) experiments. Employed to identify proteins such as transcription factors and cofactors that bind to a specific piece of chromatin in vivo, ChIP is used to probe protein-DNA interactions within the natural chromatin context of the cell. By using multiple antibodies against non-overlapping epitopes of the same target protein, or multiple antibodies against different target proteins within the same DNA-binding complex and coupling ChIP with qPCR or NG-seq analysis, researchers can benefit from a highly versatile method of antibody cross-validation.

Figure 7 shows ChIP data from an experiment using three antibodies against three different protein targets within the SW1/SNF complex – SMARCC1, SMARCB1 and SS18. Following ChIP and subsequent analysis by NG-seq, it can be seen that all three antibodies yield very similar results. 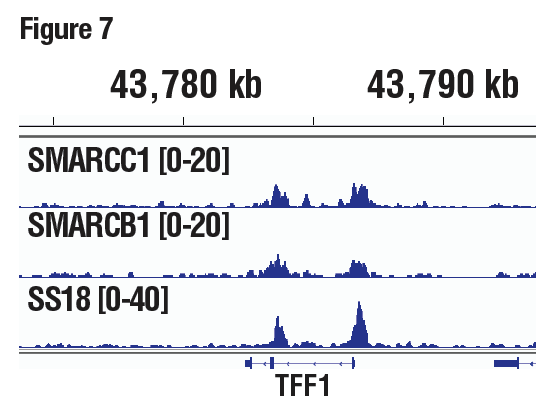