Immunology: How does the innate immune system work?

Immunology: How does the innate immune system work?

As we touched upon in a previous blog post, the innate immune system is an important part of our bodies’ immune defenses and it provides us with a general protective response against microbial invaders and foreign proteins. This innate immune system is evolutionarily older than our adaptive immune system, with conserved mechanisms seen in plants, animals, and insects, and it is not specialized against any particular pathogen.

It is important to note that we are born with our innate immune system almost fully developed.  This is in contrast to our adaptive immune system which develops later and grows with us as we age and conquer new infections over time. 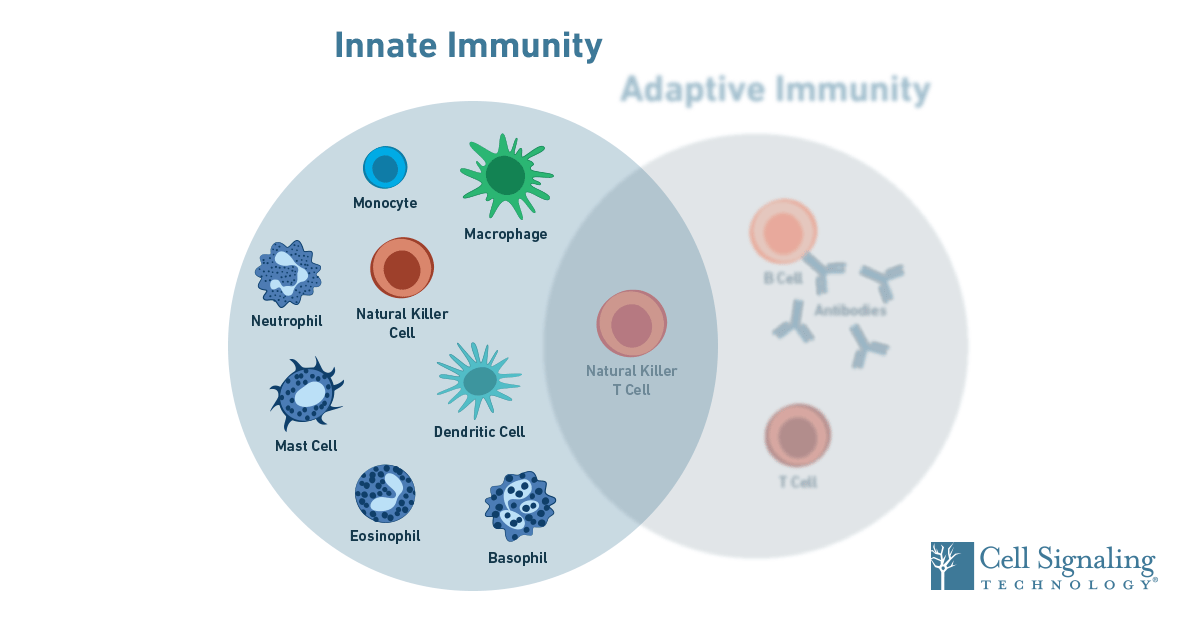 The innate immune system utilizes physical barriers such as our skin, mucous, hair, and other epithelial surfaces, including those in the gut, to act as the first line of defense. A simple cough or sneeze is also a useful reaction to expel potentially harmful bacteria, which is all triggered by a tickle of one’s nose hairs or irritation of the cilia lining the trachea. However, once an epithelial barrier is breached, other components of the innate immune system can then detect and attack pathogens.

Upon entering the bloodstream, a pathogen can initially be detected without the presence of a single immune cell via a mechanism referred to as the Complement System. This system works in concert with both the innate and adaptive immune responses to recruit immune cells to the site of infection. Essentially, the Complement System consists of several types of inert proteins that are made by the liver and flow freely through the bloodstream. When they bump into a pathogen they can bind to the surface of bacteria or parasites to flag them as foreign threats. A cascade of related complement proteins and enzymes can then become activated which, not only continue to mark the pathogens, but may also form pores (membrane attack complexes) to lyse the bacteria or, alternatively, coat them in proteins to make the bacteria more enticing for immune phagocytes to engulf. This process of coating a pathogen in complement proteins is called opsonization.

Many of the cells actively involved in the innate immune response are phagocytes that patrol blood and tissue searching for potentially threatening invaders. Once a pathogen is found, they use germline-encoded pattern recognition receptors (PRRs) on their cell membrane to distinguish the invaders’ molecules as foreign. These pattern recognition receptors are often directed against cell surface and cell wall components of microorganisms, but bacterial DNA that contains unmethylated CpG motifs also induces an innate immune response. Once activated, these cells initiate a cascade that leads to a rapid immune response (within minutes to hours).

One of the first steps that certain immune cells take at the site of an infection is to secrete cytokines into the extra-cellular fluid. These cytokines, such as interleukins (IL) or tumor necrosis factors (TNFs), are chemicals that attract fellow white blood cells to the site of an infiltration. Responding immune cells can also release other chemicals that initiate an inflammatory response. These signals lead to vasodilation which allows more blood to flow through the affected area and boosts recruitment of immune cells to aid in the clearing of pathogens.

Cells of the Innate Immune System

There are a wide variety of white blood cells, aka leukocytes, that are constantly patrolling the body ready to respond to such an infection. Some leukocytes are part of the adaptive immune system, but many are active in the innate immune system. What are these cells and where do they come from?

During hematopoiesis, or the development of blood cells, the common myeloid progenitor (CMP) cells in bone marrow give rise to the myeloid lineage, which includes most of the component cells of the innate immune response.

CMP cells are a precursor to monocytes, which eventually differentiate into macrophages and dendritic cells, and also cells of the granulocyte lineage. The granulocytes are categorized as such because they have visible granules within their cytoplasm, and they include mast cells, neutrophils, eosinophils, and basophils. As you can see, the majority of the phagocytic cells that patrol our body hunting for pathogens stem from a common lineage, the CMP cells. However, another key player in the innate immune response, the cytotoxic natural killer (NK) cells, are derived from common lymphocyte progenitor (CLP) cells instead.

All of these different types of cells have their own specialized niche in the innate immune response. Some are antigen-presenting cells (APCs), such as macrophages and dendritic cells, that present an identifying molecule from a pathogen on their surface to T cells to activate the adaptive immune response. Some of these leukocytes are only found in tissues and mucous membranes, such as mast cells, but others circulate in the blood until they are needed to migrate to tissues. Neutrophils tend to be the first-responding cells and are experts at attacking and inhibiting bacteria and fungi, whereas basophils are less prevalent and specialize in defending against parasites. Natural killer cells respond quickly to infection and efficiently kill cells that are virally infected. They also are unique in their intrinsic ability to detect and kill cancerous cells.

Stay tuned to learn more about immunology and innate and adaptive immune responses.

Innate and Adaptive Immune Memory: an Evolutionary Continuum in the Host’s Response to Pathogens 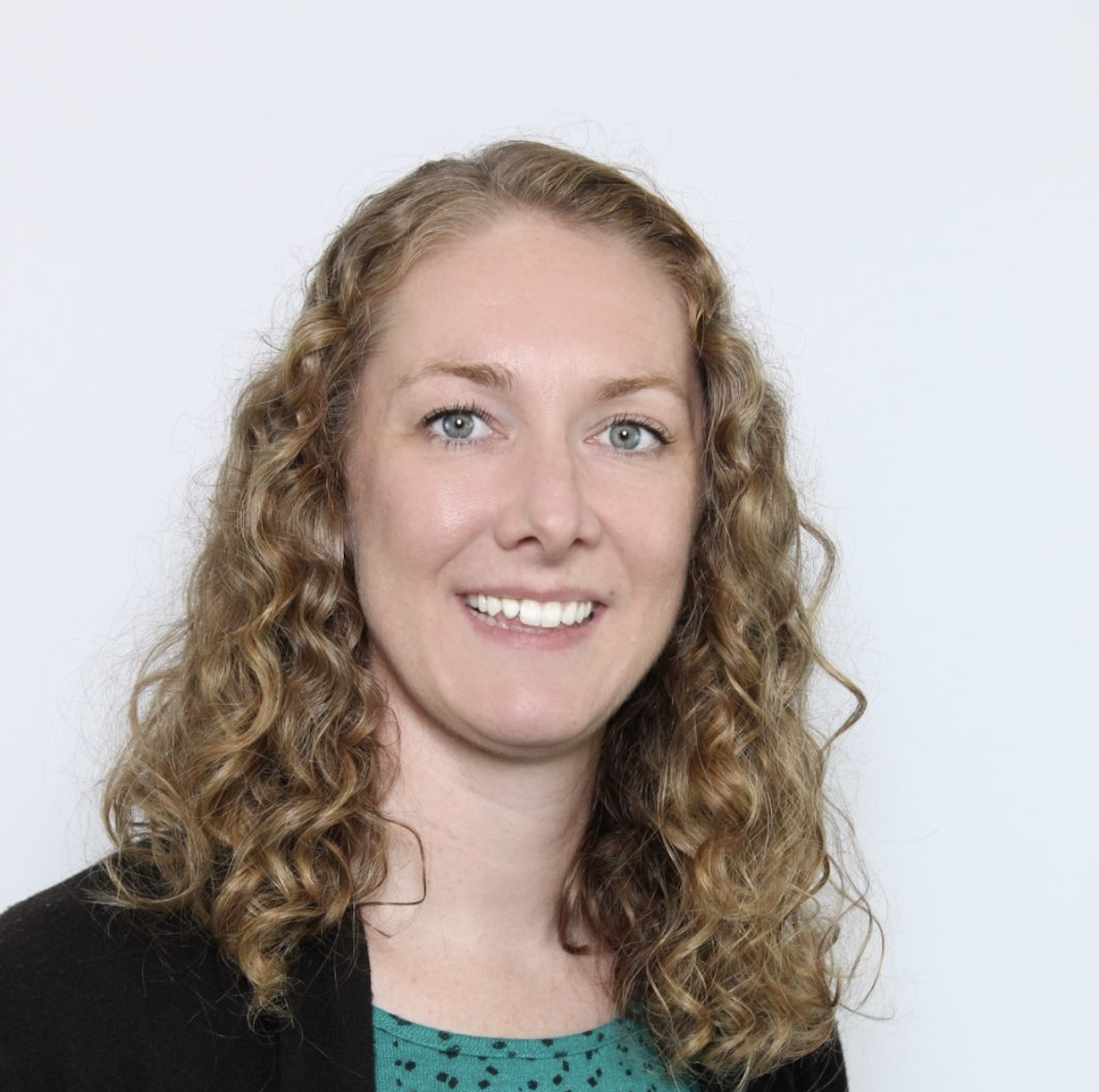