Necroptosis and Pyroptosis Add to Our Understanding of Apoptotic Cell Death

Necroptosis and Pyroptosis Add to Our Understanding of Apoptotic Cell Death

We’ve come to understand more about the basic machinery of apoptotic programmed cell death, through proteins like caspase 3, bcl-2, and Fas. While cell death might seem simple, we’ve come to learn that there are many more signaling pathways that contribute to cell death than initially suspected. 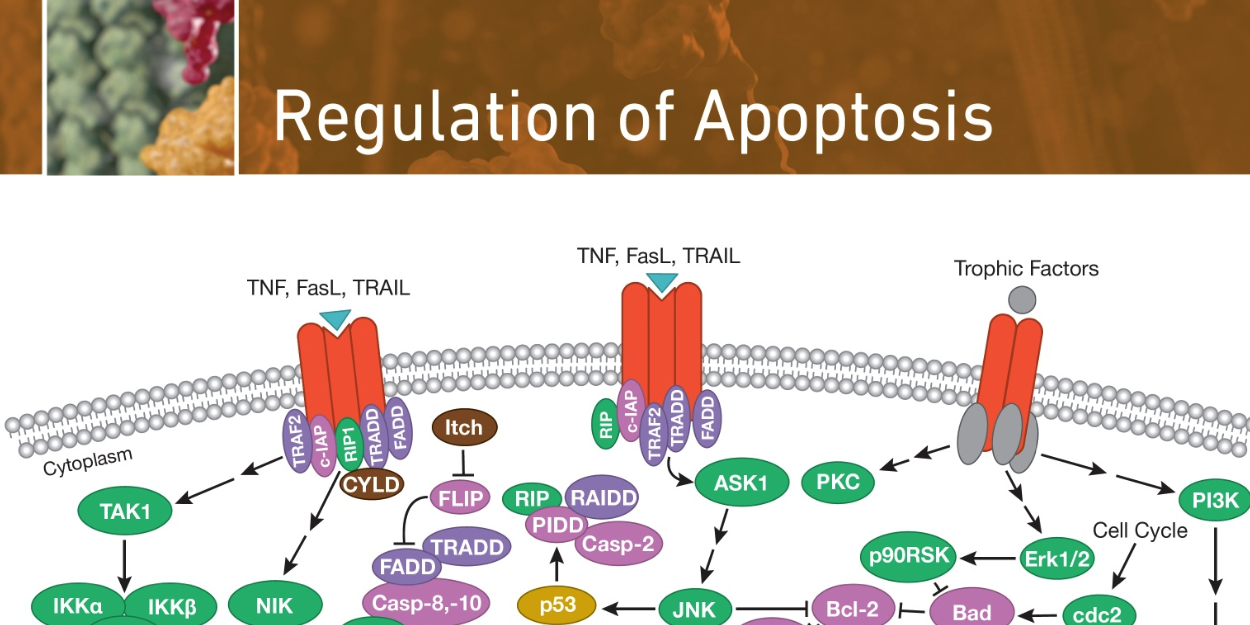 Over the last few years, exciting advances have been made in the study of regulated necrotic cell death playing widespread physiopathological roles with therapeutic implications. Necroptosis and pyroptosis represent two of these regulated pathways that share morphological features of necrosis, including cell swelling, plasma membrane pore formation, and membrane rupture. These processes trigger an inflammatory response with the release of a number of damage-associated molecular patterns (DAMPs) such as HMGB1 and inflammatory cytokines like IL-1b and IL-18.

Necroptosis is a cell defense pathway that is activated under conditions in which apoptosis is inhibited. It requires the activation of the RIPK3 kinase that phosphorylates the MLKL pseudokinase. MLKL phosphorylation at Ser358 (Ser345 in mouse), leads to oligomerization of MLKL and formation of a pore-forming complex. MLKL pores form cation channels that lead to further membrane rupture and secretion of DAMPs. RIPK3 activation is triggered through several RIP homotypic interaction motif (RHIM) domain interactions, including RIPK1, TRIF, and ZBP1/DAI, and results in the phosphorylation of RIPK3 at Ser227 (Thr231/Ser232 in mouse). Canonical necroptosis signaling is mediated by RIPK1 following stimulation by members of the TNF family and results in the autophosphorylation of RIPK1 (including Ser166). This pathway can be inhibited by necrostatins (Nec-1, Nec-1s), direct inhibitors of RIPK1.

Alternatively, RIPK3 is activated by innate immune responses, including Toll-like receptor (TLR) recruitment of TRIF or by DNA virus induced activation of ZBP1/DAI.  Activation of necroptosis under these circumstances represents an alternative cell death mechanism that can be activated in cases where the pathogens find ways to subvert apoptosis. Apoptosis inhibits necroptosis through caspase-8-mediated cleavage of RIPK1 and RIPK3. DAMPs released during necroptosis lead to an inflammatory response including activation of pyroptosis.

Pyroptosis shares some similarities to necroptosis, but while necroptosis is thought to be a secondary cell death response to situations where apoptosis is inhibited, pyroptosis is generally a primary response to infectious organisms. Pyroptosis is induced in cells of the innate immune system, such as monocytes, marcrophages, and dendritic cells in the presence of pathogen-associated molecular patterns (PAMPs) expressed on microbial pathogens or by cell-derived DAMPs. Canonical induction of pyroptosis requires activation of caspase-1 that cleaves and activates inflammatory cytokines like IL-1b and IL-18.  In addition, caspase-1 cleaves the pore-forming protein gasdermin D.

Upon cleavage the N-terminal fragment of gasdermin D oligomerizes to form a pore similar to, but larger than, MLKL, allowing secretion of inflammatory DAMPs and cytokines. In this process caspase-1 is activated by a variety of inflammasome complexes, typically consisting of a cytosolic-pattern recognition receptor (PPR; a nucleotide binding domain and leucine-rich repeat [NLR] or AIM2-like family members), an adaptor protein (ASC/TMS1), and pro-caspase-1. Distinct inflammasome complexes can recognize distinct PAMPs and DAMPs to trigger pyroptosis. The best characterized pathway triggered by the NLR, NLRP3, occurs through a two-step process. The first step is a priming signal, NF-kB is activated to induce the expression of a number of inflammasome components including NLRP3, pro-IL-1b, and pro-IL-18. In the second activation step, caspase-1 is activated and gasdermin D and cytokines are proteolytically activated.

While regulated necrosis signaling pathways are frequently studied in the context of infectious diseases, they are proving to have widespread pathological significance, including neurodegeneration, autoimmune disease, cancer, metabolic diseases, cardiovascular disease, inflammation in the liver, pancreas, kidney, and intestine, as well as other chronic inflammatory diseases. Components of these pathways can serve as key biomarkers as well potential therapeutic targets. Currently, therapeutic strategies have been realized targeting IL-1b and its receptor for treatment of arthritis and other inflammatory disorders. However, as these approaches can lead to general immune suppression, more targeted approaches to inhibiting the inflammasome, including NLRs and inflammatory caspases, may provide additional, widely applicable therapeutics. Inhibitors for necroptosis have also been identified that directly target RIPK1, RIPK3, and MLKL. Clinical studies are already being performed for RIPK1 inhibitors, which may be used for neurodegenerative and inflammatory diseases. Together, these pathways are offering tremendous promise for the understanding and treatment of disease. 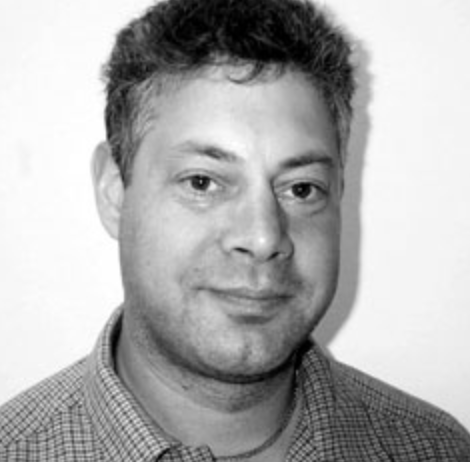