Hypoxia, defined as the deficiency of oxygen in the biotic environment, causes cellular stress and alters normal metabolic activity.   Exposure to hypoxia causes an increased accumulation of reactive oxygen species (ROS) and leads to oxidative stress, which can have damaging effects on a vast array of cellular components. Cells have adapted intracellular signaling mechanisms in response to hypoxia to maintain viability. These pathways have a net effect of reducing overall metabolic rates to allow cells to survive and recover during bouts of low oxygen.   In particular, hypoxia is a common feature of many solid tumors as their increased growth exceeds their blood supply, rendering areas of the tumor with significantly lower oxygen concentration compared to surrounding healthy tissue.

Hypoxia is a pathophysiological condition caused by a deficiency in oxygen (O2) due to an imbalance between cellular O2 consumption and vascular perfusion. 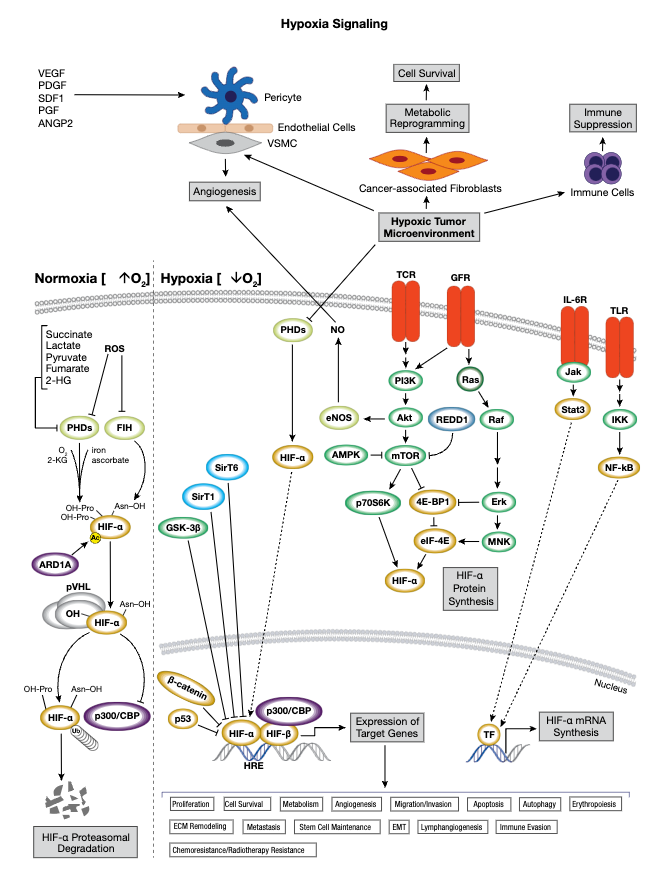 What Are Reactive Oxygen Species?

Excess ROS has damaging effects of cellular components including damage of DNA or RNA, oxidation of amino acids, lipid peroxidation, and oxidative deactivation of enzymatic activity.