The Role of Metabolism in Cancer

The Role of Metabolism in Cancer

Alterations in the cellular metabolism of malignant cells have long been a central focus of cancer research. Tumor cells have adapted a multitude of novel mechanisms for the acquisition of nutrients and the reprogramming of metabolic pathways to meet their increased bioenergetics demands. CST provides helpful tools to detect and measure key metabolic changes in cancer cell biology.

The Warburg Effect, Glycolysis and Cancer

The Warburg effect is a metabolic adaptation thought to promote the uncontrolled proliferation and enhanced survival of many types of cancer cells. 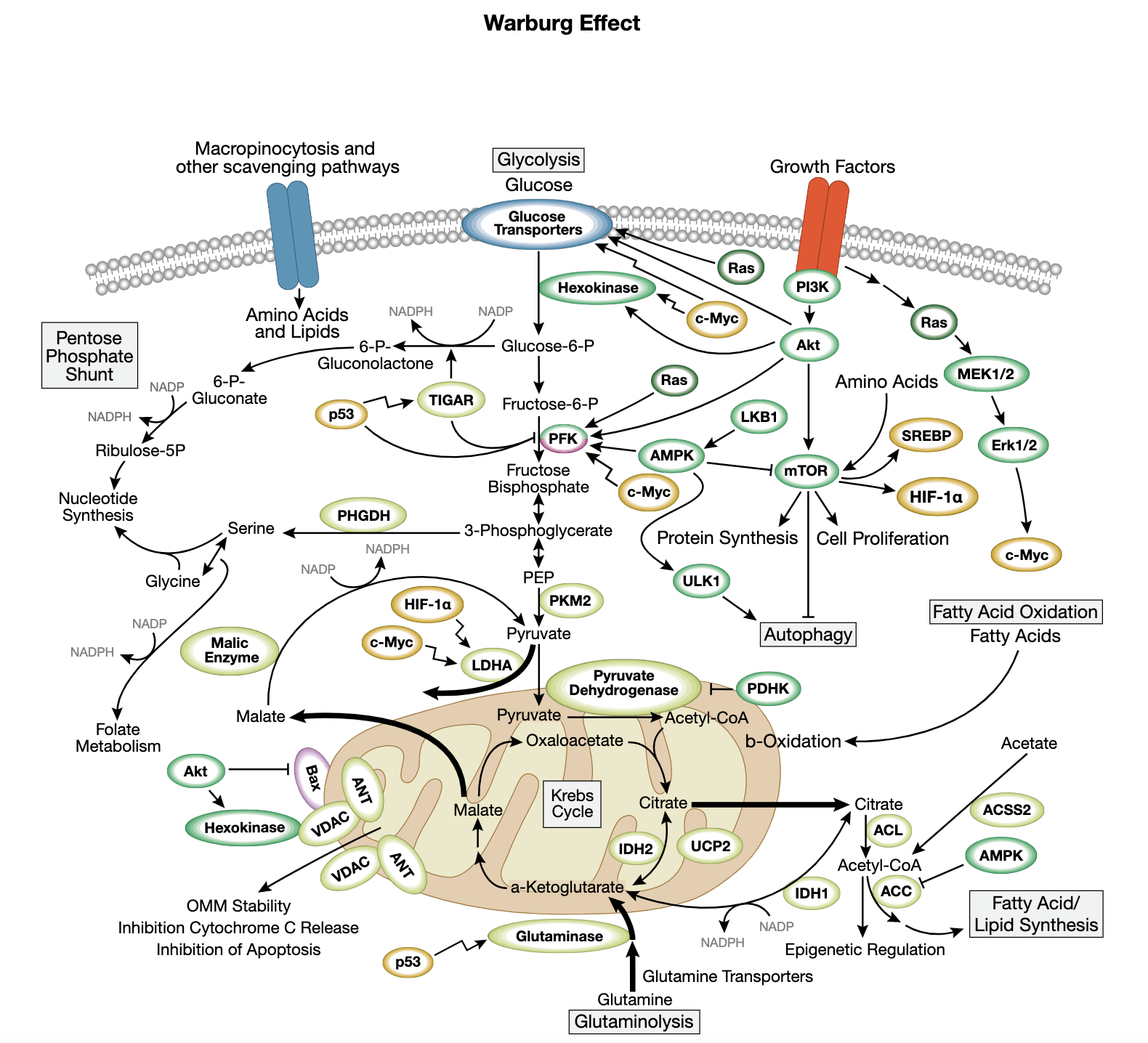 The amino acid glutamine serves as an important metabolic fuel for rapidly proliferating cells. In fact, many cancer cells are reliant on glutamine to meet increased energy demands, and as such glutamine metabolism has emerged as an important therapeutic target in the treatment of cancer. 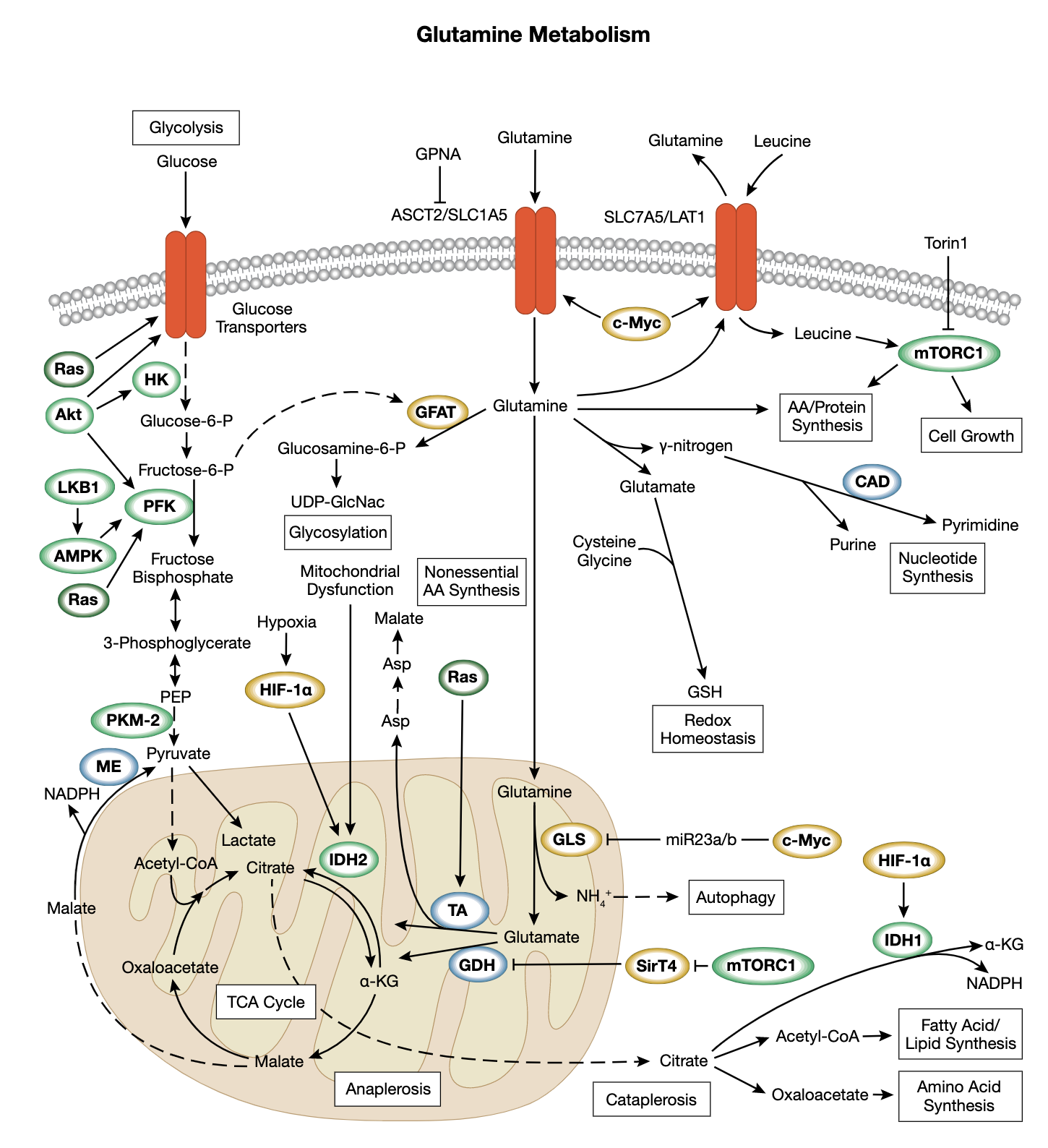 Lipid signaling pathways are among the most frequent signal transduction systems altered in cancer cells. In particular, the phosphoinositide 3- kinase (PI3K) pathway serves as a critical link between multiple receptor classes and downstream oncogenes to affect cellular function. 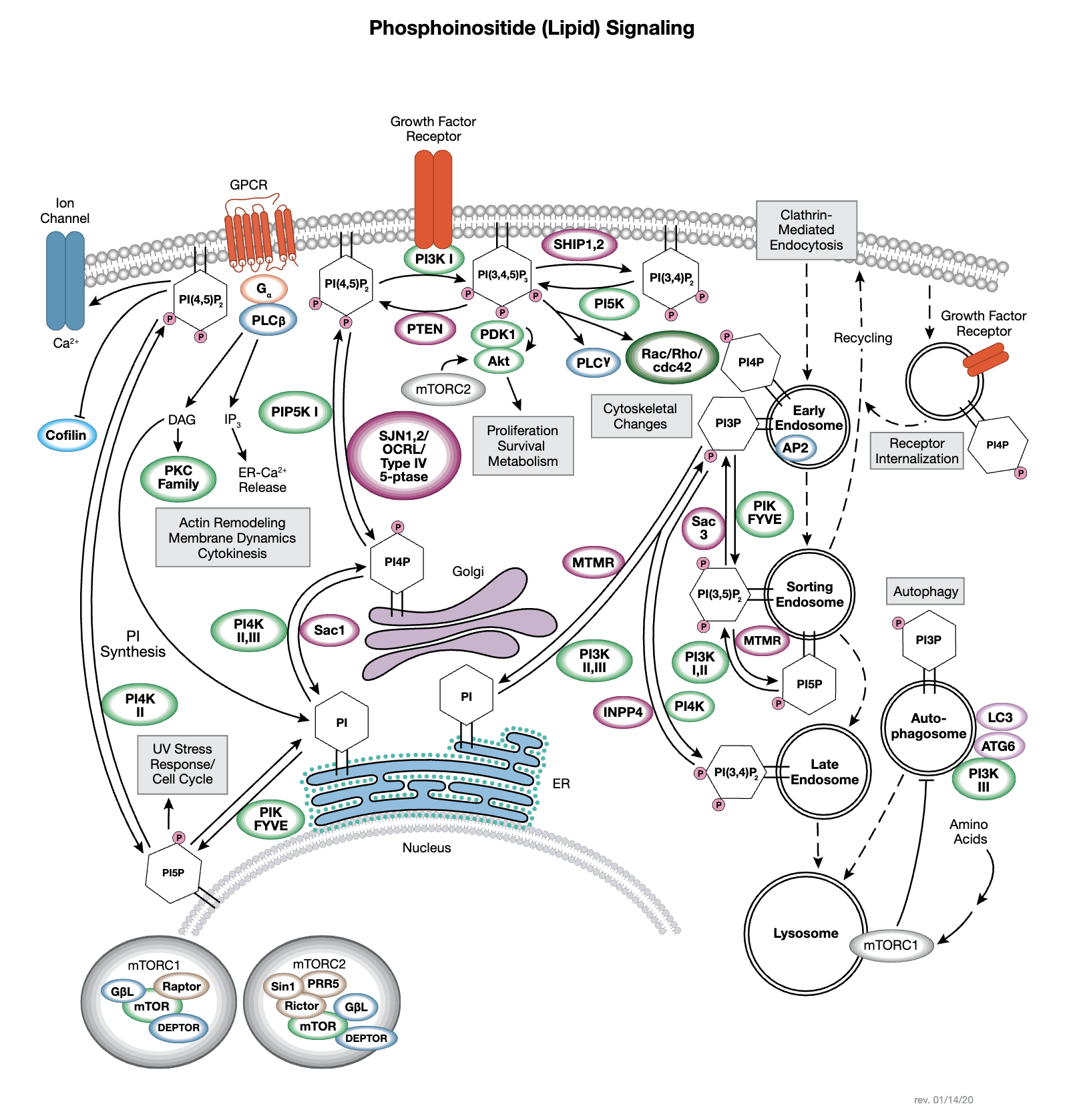 Metabolic adaptations found in cancer cells are often linked to alterations in primary metabolic signaling pathways. The most prominent examples include changes in the AMP-activated protein kinase (AMPK) and mechanistic target of rapamycin (mTOR) signaling networks which serve coordinate and independent functions. 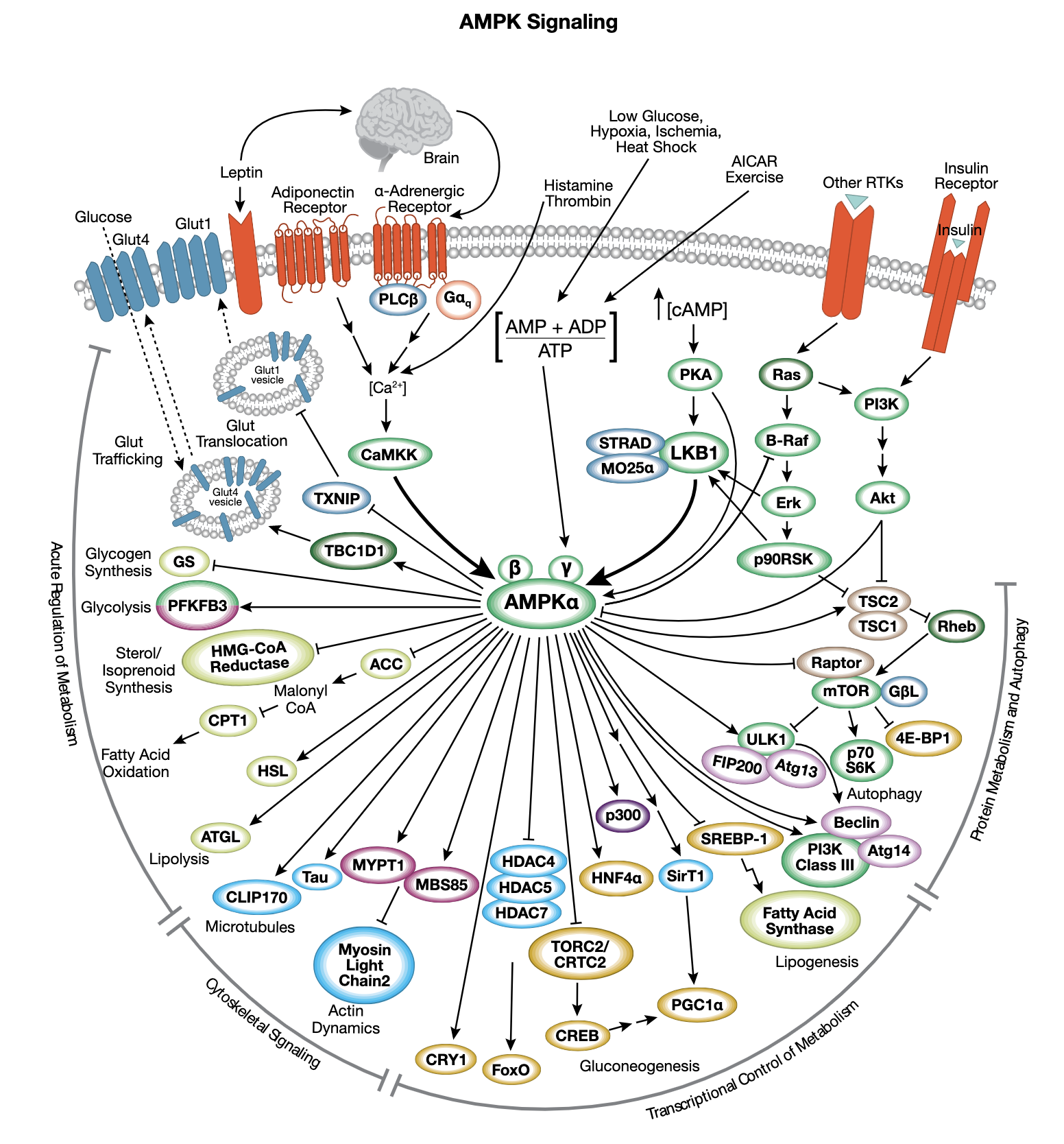 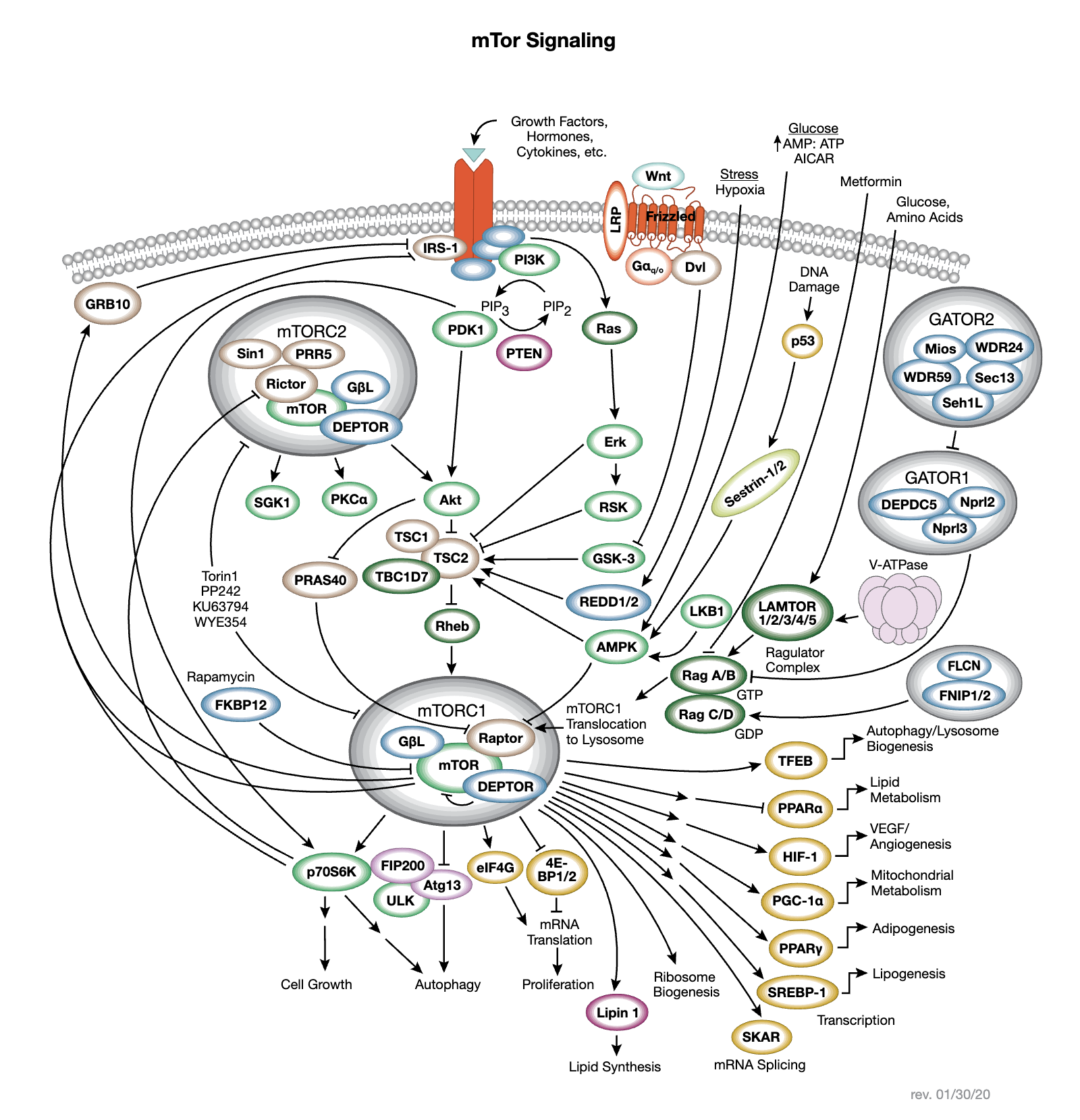 Learn more about cellular metabolism in this guide.