A neuron is categorized as excitatory or inhibitory based on the type of signal it releases. These signals can hyperpolarize or depolarize their target neurons. Other characteristics that contribute to the classification of a neuron include polarity, morphology, anatomical location, protein expression profile, and directional flow of information.

What are neurotransmitters and what do they do?

Neurotransmission from the neuron and extraneural systems moves through a series of intracellular events to mediate the propagation of the electrical signal. The extracellular space between two cells is the synapse, and therefore the signal origin is the presynaptic cell, and the receiving neuron is the postsynaptic cell. Neurotransmitters are signaling molecules that generate an excitatory or inhibitory response on the postsynaptic membrane, thereby propagating or preventing an action potential. 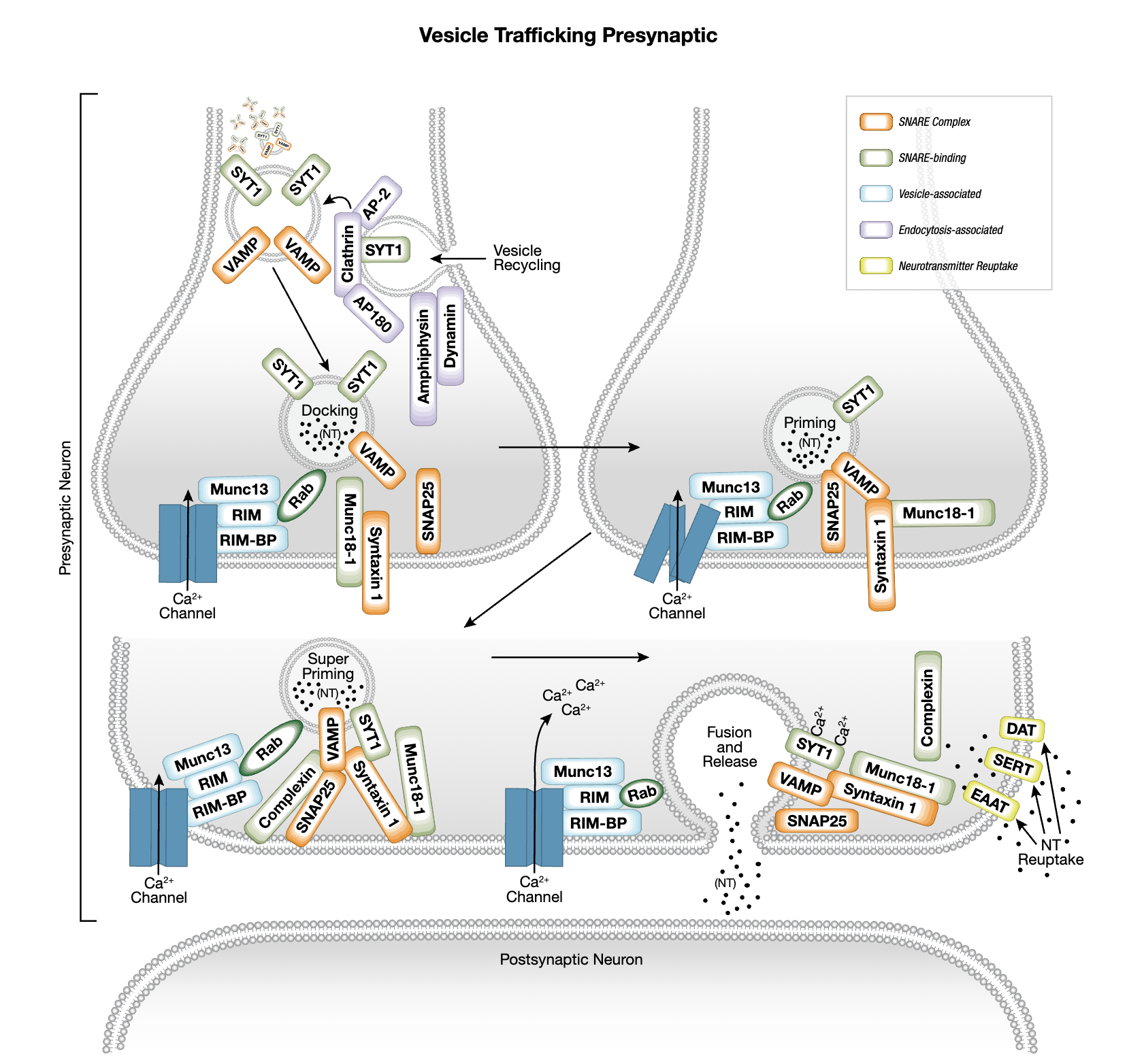 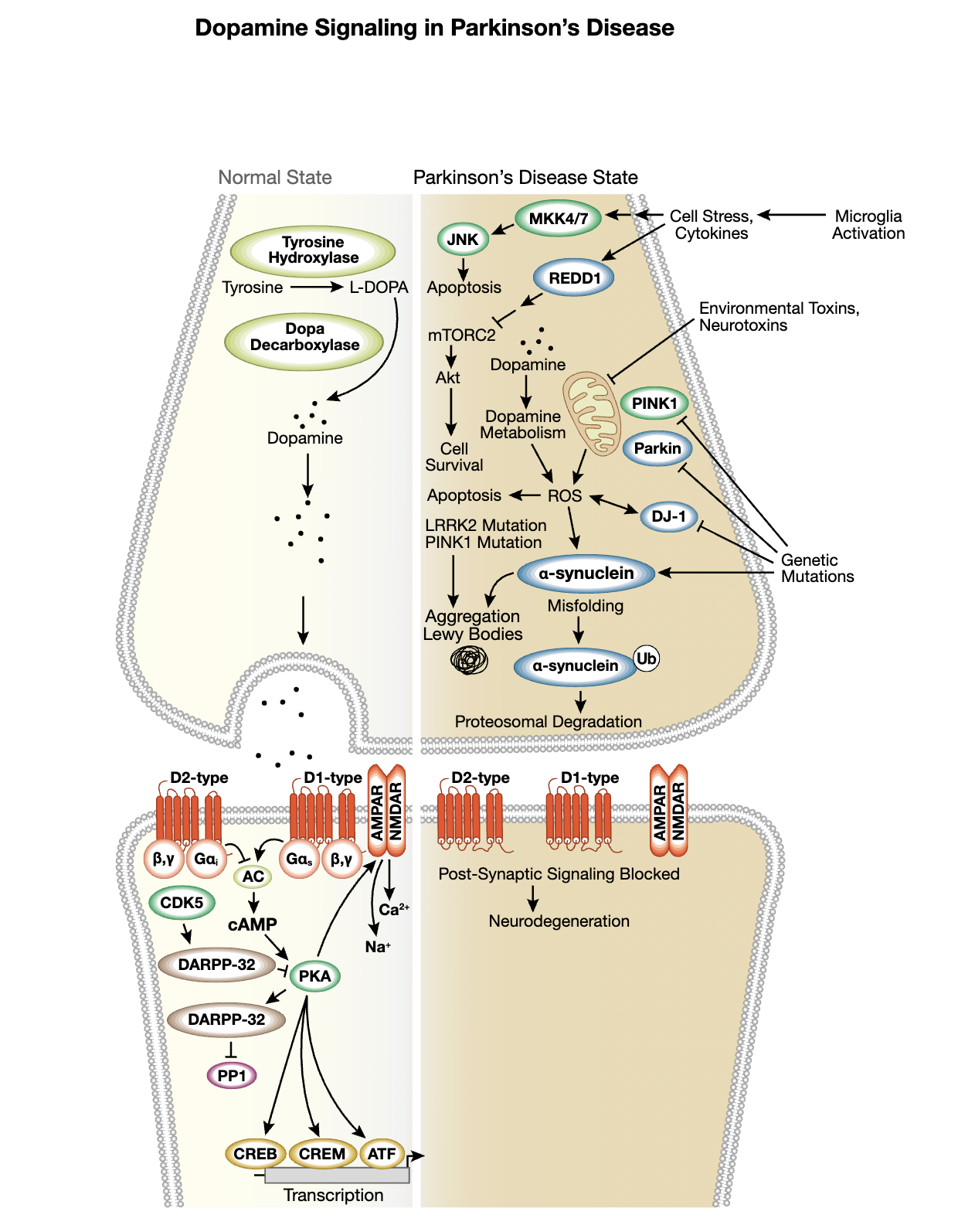 How does neurotransmission occur?

After traversing the synapse, neurotransmitters bind to postsynaptic receptors on the dendrites and exert either an excitatory or inhibitory response.

Following the action potential, the presynaptic cell repolarizes using the action of ion channels and ATP-dependent transporters. Neurotransmission is terminated by neurotransmitter enzymatic degradation in the synaptic cleft, transported-mediated recycling to its original axon terminal, or by transporter-mediated astrocytic uptake.