Aggregation of misfolded proteins is a hallmark of many neurodegenerative diseases and has cytotoxic consequences. Most errors of protein folding lead to gain-of-function or dominant-negative effects. Microglia can sense and internalize misfolded proteins to promote their clearance, but this process is dysregulated in neurodegenerative disease states, leading to neuroinflammation. 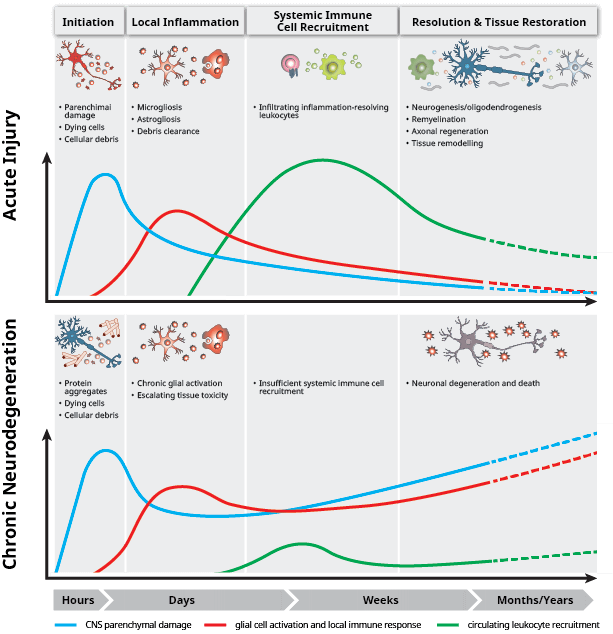 Astrocytes and microglia play important immunomodulatory functions in the CNS. Microglia in particular have critical functions in sensing environmental changes, responding to harmful stimuli, and phagocytosing debris and apoptotic neurons. Microglia also mediate crosstalk between the immune system and CNS by presenting antigens to T lymphocytes. In addition, microglia, as well as astrocytes and neurons release soluble factors that either promote or inhibit neuroinflammation.

Role of Neurons, Astrocytes, and Microglia in Neurodegenerative Disease

Neurons can process electrochemical signals and are, therefore, the main cells of the CNS that receive and transmit electrical impulses. Mature neurons can be distinguished by the expression of neuron-specific enolase (NSE), microtubule-associated protein-2 (MAP2), and neuron-specific nuclear protein (NeuN). The extent of neuroinflammation can often be determined by the decreased expression of NeuN, indicative of neuronal loss.

In addition to neurons, the glial cells - astrocytes and microglia - play a major immunomodulatory role by monitoring synaptic homeostasis and facilitating the clearance of apoptotic cells.

As the resident immune cells of the brain, microglia express ionized calcium-binding adapter molecule-1 (IBA1), integrin alpha M (ITGAM/CD11b), and CD68 (F4/80 in mice). IBA1 expression can be used to distinguish microglia from infiltrating monocytes and has been shown to be expressed in conditions of neuroinflammation.

The most specific markers for mature astrocytes are glial fibrillary acidic protein (GFAP) and expression of S100β. Increased expression of GFAP suggests activation of astrocytes, indicating an inflammatory response. 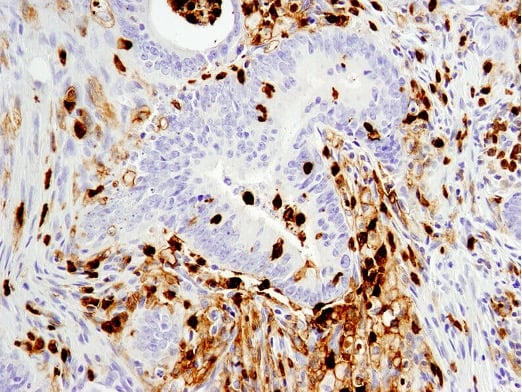 Several major signaling pathways involved in neurodegeneration have been identified and are related to development and aging (epigenetics, telomeres), influences on local tissue environment and circulation (cell adhesion and inflammation), and intracellular mechanisms (apoptosis and mitochondrial dysfunction).

An initial injury, trauma, or genetic defect can lead to inflammatory signaling in the brain. The resident immune cells (astrocytes and microglia), initiate an inflammatory response that results in the secretion of cytokines including TNFα, IL-1β, and IL-6.

A critical regulator of microglia activation is the triggering receptor expressed on myeloid cells 2 (TREM2), a protein expressed on microglia that is responsible for microglial survival and regulation of inflammatory responses in the brain. In healthy states, TREM2 confers neuroprotective effects in part by signaling of pro-inflammatory cytokines in order to limit neuroinflammation. While TREM2 signaling has a role in inflammation, amyloid phagocytosis, plaque encapsulation, and clearance of apoptotic cells, it is unclear which function of TREM2 is the largest player in neurodegeneration. In terms of disease states, mutations in TREM2 have been associated with an increased risk of AD.

Inflammasomes are cytosolic multiprotein complexes that elicit innate immune responses following exposure to pathogen-associated molecular patterns (PAMPs) or danger-associated molecular patterns (DAMPs). These structures are linked to neurodegenerative diseases, in particular the NLRP3 inflammasome, which is a key contributor to neuroinflammation via activation of IL-1β and IL-18. 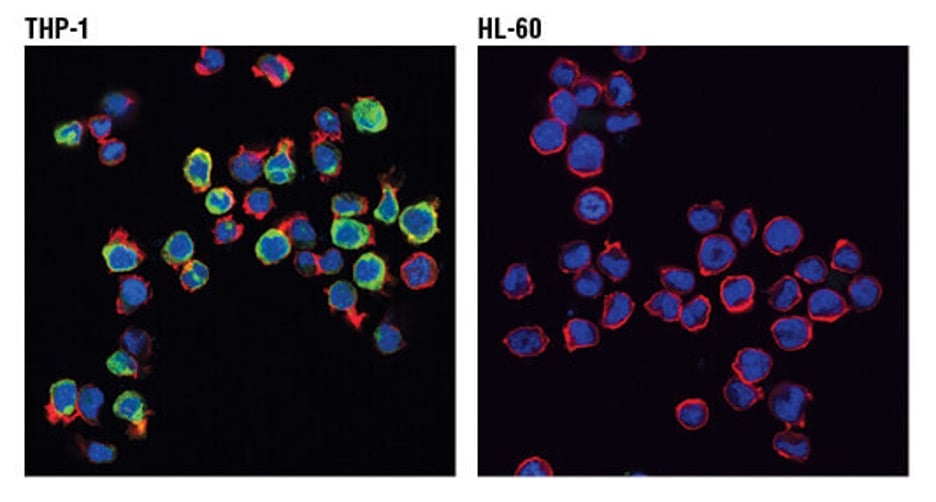