The production of new cells through cellular proliferation impacts the development, growth, and maintenance of all tissues in the body. This process must be tightly regulated, since uncontrolled cell division – as seen in various cancers – can lead to tumor formation and disrupt organ function. These broad implications for biological activities highlight the importance of understanding and accurately measuring cellular proliferation in a variety of contexts. 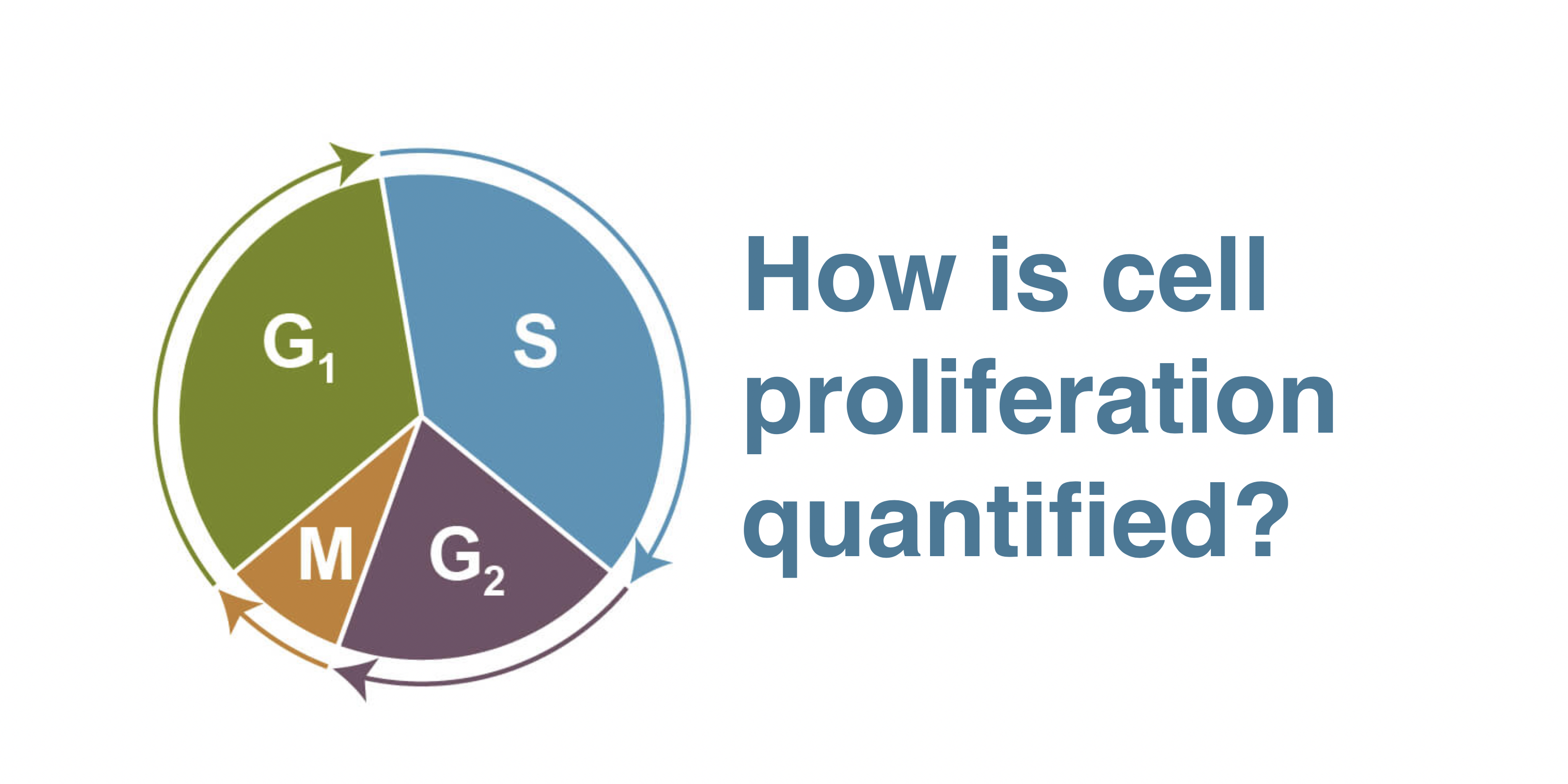 Cell proliferation is an increase in cell number by cell division and is necessary for normal tissue development and maintenance over the lifespan. While many types of cells undergo continuous proliferation, such as skin and bone marrow cells, many cells remain in a non-proliferative state in adult tissues unless they are activated to divide in order to replace cells lost in response to injury or infection. In contrast, dysregulated cell proliferation caused by mutations in key cell cycle genes is a hallmark of various cancers resulting in the abnormal, uncontrolled growth of tumors.

Cell division is tightly regulated by the multiple phases of the cell cycle, including G1 phase during which the cell expresses mRNA and proteins in preparation for subsequent steps leading to mitosis, S phase where DNA is newly synthesized, G2 phase where further cell growth occurs, and finally M phase, or mitosis, where the cell ultimately divides. Some cells exit the cell cycle and stop dividing altogether; this is known as quiescence or the resting state (G0). Control of eukaryotic cell division is governed by molecular circuits known as “checkpoints” that ensure proper timing of the passage through one cell cycle phase to the next. Coordinated sets of proteins monitor cell growth and DNA integrity to ensure the proper generation of new daughter cells through each round of cell division and safeguard against uncontrolled cell growth or propagation of damaged DNA which can contribute to genomic instability and tumorigenesis.

Many cell cycle and proliferation assays have been developed to measure the amount and rate of cell division in a variety of experimental contexts. Since proliferation occurs in most healthy cell populations in culture, it can be used as a marker for cell viability under normal growth conditions and in response to treatment with various stimuli and/or genetic perturbations. Common methods to measure proliferation rely on the determination of a cell’s DNA content and synthesis via the incorporation of propidium iodide – a fluorescent dye that binds to DNA by intercalating between bases in DNA backbone – or bromodeoxyurinde (BrdU) – a synthetic nucleoside analog of thymidine. Additionally, measuring the expression levels of genes required for cell cycle progression – via western blotting, immunohistochemistry, or qPCR– provides readouts of ongoing cell division and proliferation.

Examples of these genes include proliferating cell nuclear antigen (PCNA), Ki67, phospho-histone H3, and numerous cyclins (e.g. Cyclin D1). When selecting an assay, it is important to consider whether the marker used is specific to a particular phase of the cell cycle, or a broader indicator of ongoing proliferation, as this will influence the interpretation of the results. For example, labeling cells with thymidine analogs will effectively show the fraction of cells actively duplicating their DNA in S-phase, whereas quantifying Ki67 expression may provide a more complete view of the number of cycling cells in a population since it is expressed throughout all phases of the cell cycle.

How would measuring cell proliferation advance your research interests? For an in depth discussion on the concepts of cell proliferation, cell cycle regulation and applicable assays, please visit the resources on the CST webpage for more information.