Case Study: Acetylated Lysine and Its Impact on Crohn’s Disease

Case Study: Acetylated Lysine and Its Impact on Crohn’s Disease

Nature Communications recently published a novel study from the laboratory of Daniel Figeys at the University of Ottowa, which begins to unravel the complexity of the microbiome of pediatric patients with Crohn’s disease or CD, which is a type of inflammatory bowel disease (IBD). It causes inflammation of your digestive tract, which can cause symptoms like abdominal pain, severe diarrhea, fatigue, weight loss, and malnutrition.

Many factors can contribute to the disease: immune system or genetic/environmental factors. However, the gut microbiome also plays a factor. How much of a role do post-translational modifications of key amino acids play in CD?

The Figeys lab designed this study to investigate the differences in lysine acetylation between pediatric CD patients and a control cohort of unaffected children.

While the acetylation of lysine residues is widespread in the all kingdoms of life, including prokaryotes, this study is the first of its kind in examining the relationship between the microbiome and lysine acetylation (Kac) in pediatric CD. Lysine acetylation is known to be an important protein post-translational modification (or PTM) regulating a number of biological processes including chemotaxis, nutrient metabolism and stress response. However, the global characterization of Kac sites in the microbiome has not been performed in part due to the complexity of the microbiome and the difficulty of enriching for peptides with Kac sites.

The authors enriched for Kac peptides derived from patient’s intestinal mucosa using an acetyl lysine antibody from Cell Signaling Technology (CST); combined with mass spectrometry and a powerful informatics pipeline, they identified over 35,000 Kac peptides from human or microbial proteins. A detailed qualitative and quantitative analysis showed that 52 host and 136 microbial Kac sites were differentially abundant between CD patients and control. The data shows a majority of sites showing a decreased abundance in CD patients were from the Firmicutes family of bacteria, which are known to be important in producing short chain fatty acids, or SCFA. This data supports the observation that CD patients have decreased levels of Firmicutes as compared to controls.

This study also sheds new light on the observation that lysine deacetyl transferase (KDAC) inhibitors have been shown to be effective in the treatment of CD; the results suggest that the effectiveness of KDAC’s may be due in part their interaction with the intestinal microbiota. Moreover, there were a number of Kac sites in the patients' proteomes involved in the immune response that showed differences in abundance between disease and control. This study provides new clues to the understanding the microbiome and provides a roadmap of how to further undertake new studies in CD.

CST is proud to have supported the Figeys lab in this discovery. To learn more about acetylated lysine peptide enrichment for LC-MS/MS analysis, take a look at the PTMScan® Acetyl-Lysine Motif [Ac-K] Kit and CST Proteomics Analytical Services. 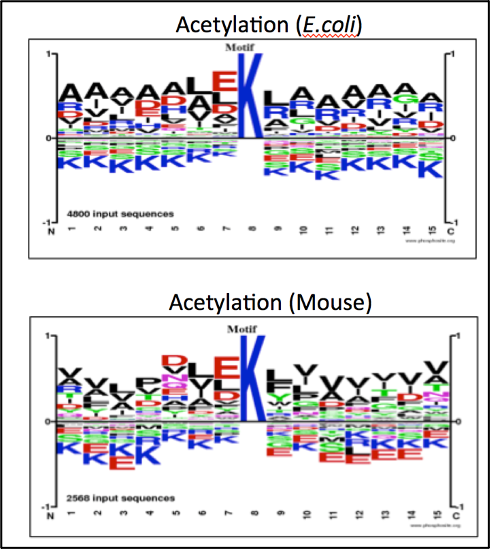