Interested in studying senescence? Understanding when and why cell cycle arrest occurs is critical to many fields of research, including (but not limited to) studies of development, aging, and cancer. We all know the best tools produce the best results, so make sure you have all your bases covered with this list of the top 10 targets for your senescence research! 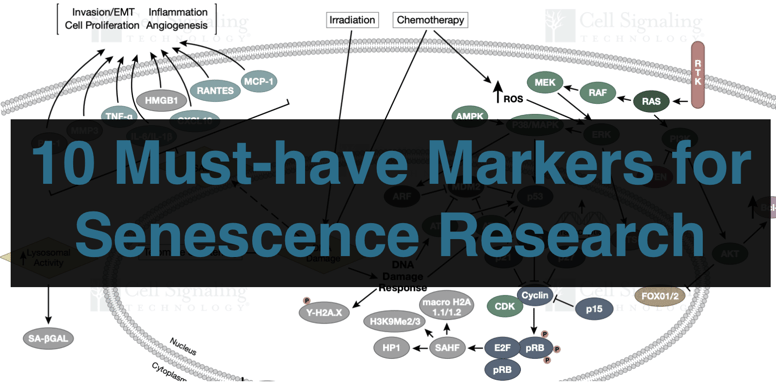 Senescent cells are known to express β-Galactosidase in a pH-dependent fashion, specifically detectable at pH 6 (1). This handy staining kit contains everything you need to detect β-galactosidase activity at pH 6 in cells - or even frozen tissue! Perfect for quickly and easily testing multiple cell populations or tissue samples, the directions are straightforward, and the blue staining is bright and clear. 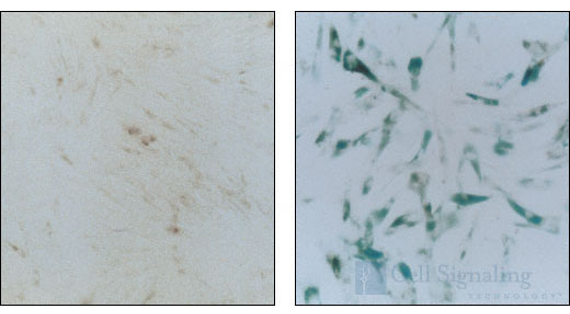 p53 is so well-studied it almost needs no introduction! A major player in the DNA Damage Response (DDR) pathways, p53 is also a critical regulator of the cell cycle, where accumulated phosphorylated p53 will drive activation of cyclin dependent kinase inhibitors (CDKIs) and ultimately lead to cell cycle arrest. 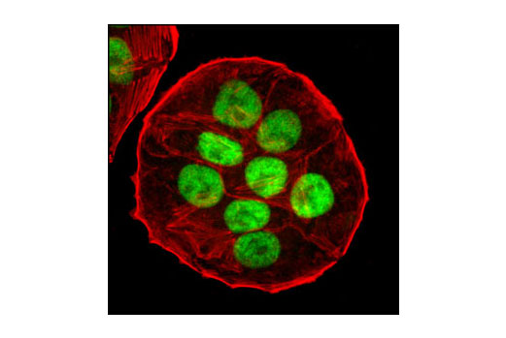 As mentioned above, senescent cell-cycle arrest relies heavily on phospho-53, which accumulates and activates multiple different CDKIs. Comparative analysis between p53 and phospho-p53 levels is often a critical step in studying the DDR pathway and senescence. 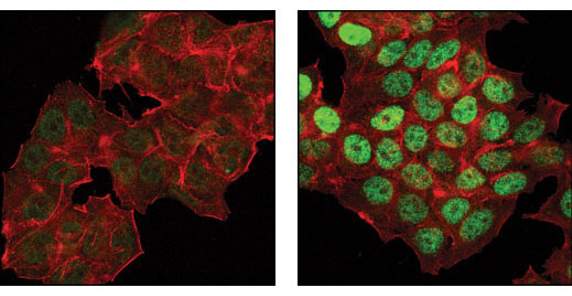 One of the most well-established senescence markers, p21 is a CDKI downstream of phospho-p53. p21 acts as an inhibitor of the cell cycle by blocking progression through G1/S when associated with CDK2 (1).

Another common and reliable senescence marker, expression of p16 is thought to drive cells into senescence (2). p16 is a member of the INK4 family of CDKIs, which acts with CDK4 and CDK6 to arrest the cell cycle in G1 (3).

Senescent cells often exhibit morphological changes, making LaminB1 another useful indicator of senescence. A marker for nuclear morphology, LaminB1 expression is lost in senescent human and murine cells (4). Loss of LaminB1 and increased accumulation of p21 and p16 are all important, classic hallmarks of senescence. 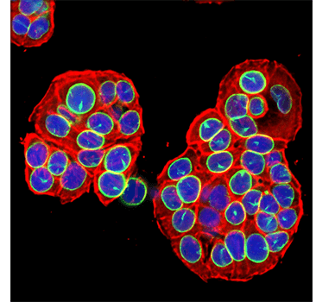 
Senescent cells have many common traits, but they are not by any means identical. Each senescent population is characterized by unique levels of cytokines, growth factors, and proteases; this is called the senescence-associated secretory phenotype (SASP). The SASP Antibody Sampler Kit contains a robust collection of antibodies for various proteins for studying senescent cells. This collection will allow you to determine the SASP specific to your cell population. 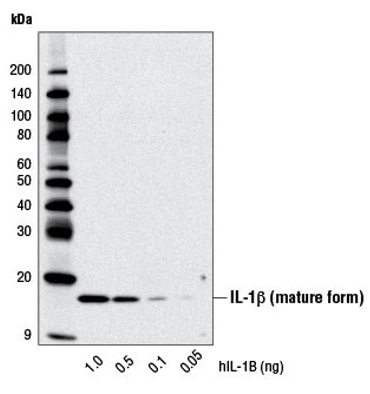 Typically, phosphorylation of Rb is necessary to relieve repression of transcriptional targets and progress the cell cycle. Inhibition of the cell-cycle by various CDKIs, including p21 and p16, leads to hyperactivation of Rb; this ultimately promotes the arrest of the cell cycle and senescence (4). 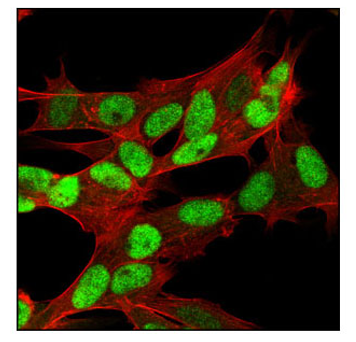 Since Rb must be phosphorylated to progress the cell cycle, phospho-Rb is not found in senescent cells. Like p53, comparative analysis of Rb and phospho-Rb is paramount when investigating senescence. 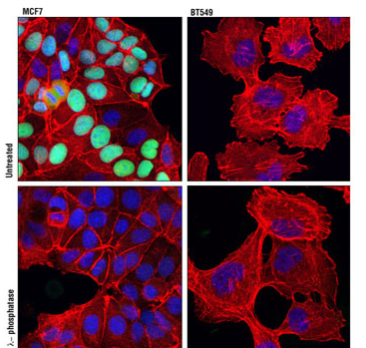 gamma-H2A.X is a classic marker of the DDR pathway. DNA damage results in a quick and robust response where H2A.X is phosphorylated at Ser139, forming gamma H2A.X (5), making it a powerful tool for studying the DDR pathway and senescence.

53BP1 was originally identified as a binding partner for p53, and suggested to enhance its transcriptional activity (6, 7). 53BP1 plays an essential role in DNA repair; it is known to be recruited to sites of DNA damage, and retention of 53BP1 at these sites is dependent on gamma-H2A.X (8). 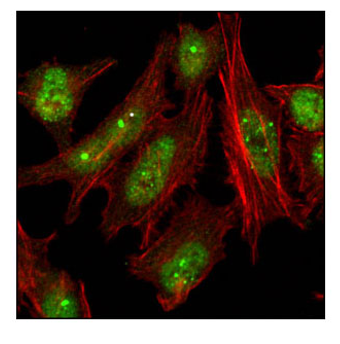 Sometimes the best way to detect something is to determine what it’s not doing. Ki67 is a nuclear protein that is a frequently used marker of proliferating cells. This detection ranges anywhere from G1 through the end of mitosis, but is not detectable when cells are in G0 resting phase (9). A hallmark of senescent cells is a permanent exit from the cell cycle, and so senescent cells do not express Ki67. 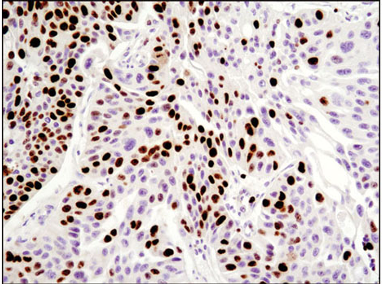 *Pro tip! There are many markers of senescent cells, so why choose just one? We recommend starting with the Senescence Marker Antibody Sampler Kit, which contains several of these fundamental markers, making it perfect for beginning to identify your senescent cells!