Taking Out the Mitochondria in Parkinson’s Disease

Taking Out the Mitochondria in Parkinson’s Disease

Parkinson’s disease (PD) is a neurodegenerative disease marked by loss of dopaminergic neurons in the substantia nigra. Mutations in the gene that encodes a ubiquitin ligase PARK2/Parkin are known to cause autosomal recessive forms of familial PD1. Parkin plays a key role in mitochondrial homeostasis by regulating a specialized form of autophagy called mitophagy, the clearance of defective or damaged mitochondria by lysosomes2.

How does altered mitochondrial homeostasis contribute to PD? 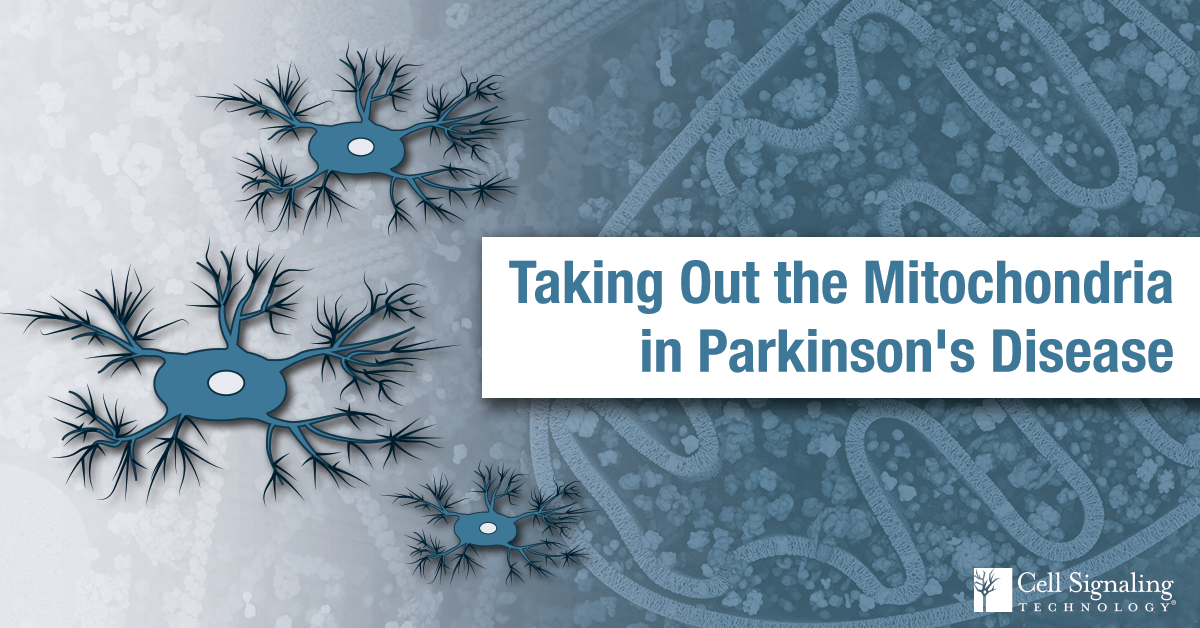 Might altered microglia be particularly sensitive to Parkin-dependent maintenance of mitochondrial homeostasis?

At the recent Alzheimer’s Disease/Parkinson’s Disease (ADPD) meeting, a group from the Brain and Spine Institute in Paris, France reported that altered Parkin-dependent mitophagy may be linked to inflammasome activation in microglia4. Microglia are brain-resident macrophages that have broad functions in both the developing and mature brain5. Increased microglia-mediated neuroinflammation has been reported in PD patients6. Inflammation, characterized by the release of proinflammatory cytokines, can be initiated by the mobilization of the NLRP3 inflammasome in microglia7. Using macrophages from PARK2 patients and from mice lacking PARK2 as a model for microglia, the authors observed enhanced NLRP3 inflammasome formation,  suggesting that the NLRP3 inflammasome could be regulated by PARK2. How might Parkin, a protein that ubiquitinates and marks proteins for degradation, regulate the NLRP3 inflammasome pathway?  The authors provided evidence that Parkin regulates inflammasome activation via two mechanisms—mitophagy-dependent regulation of the inflammasome complex and transcriptional regulation of inhibitory proteins upstream of the inflammasome expression pathway. In the later case, the authors proposed that Parkin could regulate A20, a negative regulator of the NF-κB pathway that is uniquely expressed in microglia in the brain. Thus, in the absence of normal Parkin function, A20 inhibition is tempered resulting in NF-κB inflammasome overactivation.

Several pieces of this puzzle remain, however. For example, Parkin normally marks proteins for degradation by ubiquitinating specific proteins. A20, however, is an inhibitor of the NF-κB pathway, suggesting that Parkin might regulate an unknown protein upstream of A208. As A20 is a microglia-enriched protein, alterations in this pathway may contribute to progression of inflammation in the context of PARK2 mutations. How might one identify Parkin-ubiquitinated proteins upstream of A20 to more fully characterize this pathway? One way to do it is to use proteomics.

This is the same problem that investigators at Genentech faced when they sought to investigate molecular pathways that might mediate Parkin/USP30-depedent mitophagy9.  This is a difficult problem because ubiquitinated substrates are difficult to predict. Using proteomics technology provides a more high-throughput and unbiased approach. Liquid chromatography coupled with tandem mass spectrometry (LC-MS/MS) is a powerful technology that can identify and quantify thousands of peptides in a complex mixture including cells, tissues, and bodily fluids. By LC-MS/MS, not only can peptide sequences be determined, modifications on amino acid side chains can also be identified by incorporating the modification mass into protein database searching.

However, low-abundant peptides carrying targeted post-translational modifications can be a challenge to identify, an issue the Genentech authors faced. To overcome this issue, they used a ubiquitin remnant motif antibody pulldown technique to enrich ubiquitinated substrates. Using this method, they were able to detect thousands of ubiquitinated peptides in parkin-overexpressing and USP-knock-down HEK293 cell lines. Their screen was quite successful in that 12 novel mitochondrial proteins, oppositely ubiquitinated by Parkin and USP30, were discovered. Of the 12, 2 proteins, TOM20 and MIRO1, were selected for verification because their ubiquitination levels increased significantly with Parkin overexpression and USP30 knockdown. Additional experiments confirmed that deubiquitination of TOM20 mediated by USP30 plays an important role in inhibiting mitophagy mediated by Parkin, representing a novel signaling pathway that regulates mitophagy.