In 2012 Roux et al. published in the Journal of Cell Biology a pioneering approach to identify the interactors for the nuclear lamina protein, lamin A, or LaA. Using the novel technique of fusing the E. coli derived biotin ligase BirA protein to LaA and expressing it in cells allowed the cellular neighbors of LaA to be biotinylated. Biotinylated proteins were recovered using strepatividin beads and digested off the beads with trypsin. The resulting peptides were identified using mass spectrometry. Since then, over 7,000 publications have been published using this (and related) proximity labeling technique(s) in cells and tissues derived from higher eukaryotes, xenografts, parasites like toxoplasma gondii and flowering plants.

However, the near covalent affinity of streptavidin for biotin (KD~10-14 M) means the biotinylated peptides and site of modification remained firmly bound to the beads. Losing direct identification of the biotinylated peptides can make data analysis more difficult because once biotinylated proteins are modified, they can easily be confused with background, non-specifically bound proteins. For studies like proximity labeling identifying the site of biotinylation provides direct evidence for the site of interaction.

So, the extremes to which scientists had to go to uncover what they had successfully enriched for inspired scientists from the Broad Institute and Cell Signaling Technology® (CST®) to create novel methods to significantly improve the recovery of biotinylated peptides. To accomplish this, they employed a combination of antibody-based immunoenrichment techniques and innovative elution conditions to recover biotin-containing peptides.

In 2017 Udeshi, N., et al. published in Nature Methods (Nature Methods volume 14, pages 1167–1170) a method employing antibodies to selectively enrich for biotinylated peptides from proximity labeling experiments and identify them using mass spectrometry. This new approach from the Carr lab at the Broad Institute led to an improvement of over 30-fold in the identification of biotinylated sites as compared to established methods using streptavidin beads.

Meanwhile, leveraging their experience in making PTM-specific enrichment reagents scientists at CST had developed their own anti-biotin rabbit monoclonal antibodies.

CST scientists then partnered with scientists in the Carr laboratory at the Broad Institute to demonstrate further improvements in the method of capturing, releasing and identifying biotinylated peptides by mass spectrometry. In poster presentations at the 2019 Annual Meeting of the American Society for Mass Spectrometry (ASMS) the two groups presented compelling comparative data between various commercially available anti-biotin antibodies that showed CST anti-biotin antibody outperformed all others in the number of biotinylated peptides identified and the overall specificity of the enrichment. In direct comparisons CST anti-biotin antibody recovered well over 4,000 unique biotinylated peptides as compared to 800 peptides for the closest competitor with over 2-fold better specificity, 40% vs 17%. The combination of sensitive and specific antibodies and innovative elution conditions was summarized by the authors as a major contribution to the development of “robust strategies to study post-translational modifications (PTMs) and their biological implications.” 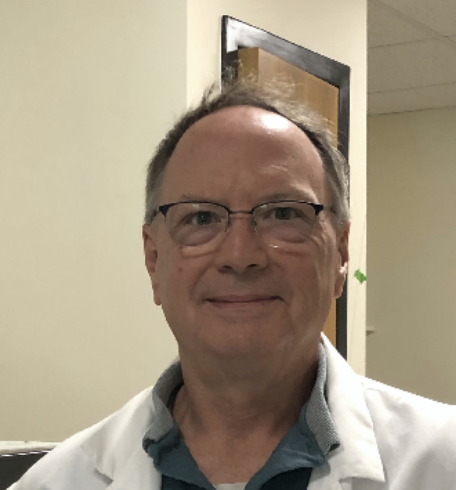 Chuck Farnsworth is a proteomics application scientist; his focus is to assist scientists around the world get the best data possible using CST’s proteomics kits. Camping with the kids and stargazing in the Mad River Valley of Vermont are his favorite things to do.