Post-translational modifications (PTMs) are employed in the cell to alter protein function, and typically involve small chemical changes on the surface of the protein. The dynamic enzyme-catalyzed process of adding or subtracting PTMs mediates signaling in the cell. In other words, PTMs enhance protein-protein communication, enabling the cell to respond to internal or external signals.

PTM-mediated signaling networks regulate many fundamental processes of life, including transcription of DNA, cell division, and metabolism. For example, consuming carbohydrates results in the rise in blood glucose concentration and release of insulin. Subsequent binding of insulin to receptors activates a PTM-mediated signal transduction pathway in the cell, triggering mechanisms to promote the usage or storage of glucose.

Around 25,000 proteins work together to control such fundamental functions in the cell. There are over 400 known PTM types (e.g., phosphorylation, acetylation, ubiquitylation, or methylation), and each protein can contain PTMs on multiple sites, so that the cell can access a syllabary of hundreds of thousands of PTM events to regulate processes. The central role of cell signaling has made it essential for researchers to have resources with accurate and comprehensive information about PTMs. 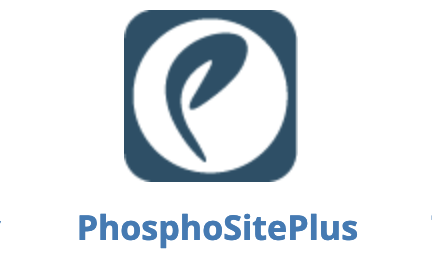 Around 15 years ago, scientists at Cell Signaling Technology decided to integrate internal and publicly available studies on PTMs in one central resource and share it with the scientific community for free. They named this pioneer resource PhosphoSite®, starting with the annotation of phosphorylation events. The team curated the most recent publications that describe the identification of individual phosphorylation sites and their impact on biological processes and molecular functions.

Later, other PTM types were described in literature and consequently curated, so that PhosphoSite became PhosphoSitePlus® (https://www.phosphosite.org). This manual curation process, called “low throughput (LTP) curation,” has been maintained from the very beginning in the early 2000s until today. PhosphoSitePlus is the only resource in the world that contains thousands of PTM sites and their biology, manually curated for over one and a half decades. This is arguably one of PhosphoSitePlus’ strongest super powers compared to any other PTM source: more than 20,000 articles have been compiled. In the late 2000s, the advancements of mass spectrometry allowed the identification and quantitation of thousands of PTM sites–but usually without in-depth biological insight. Corresponding public or CST datasets have been curated as part of the “high throughput (HTP)” curation process. Around 250 published mass spectrometry datasets have been integrated. 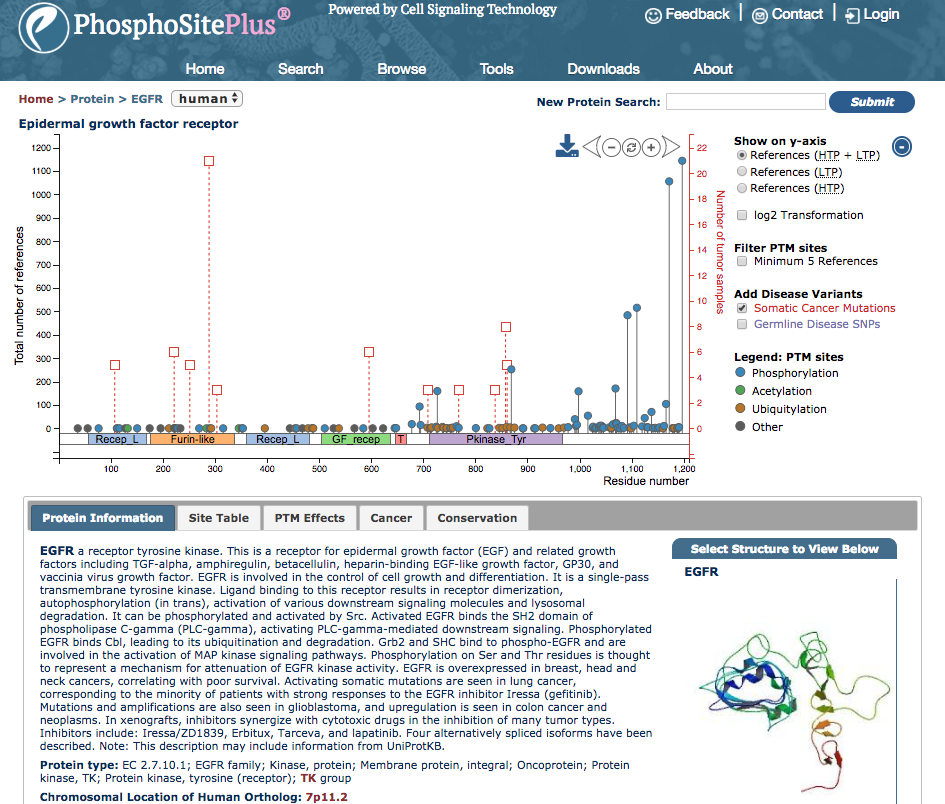 Today, PhosphoSitePlus contains half a million PTM sites. Phosphorylation, ubiquitylation, and acetylation sites represent over 90% of the modification types, and the largest increases in the proportion of PTM sites over the last years have been sumoylation, monomethylation, and ubiquitylation. In addition to rich information for PTMs, PhosphoSitePlus provides comprehensive content of the biology of proteins, including molecular functions, biological processes, pathways, evolutionary conservation, cross-references to other data sources, and more.

Moreover, perturbed signaling is the most common cause of uncontrolled cancer-driving cell growth and proliferation, and other disease-associated cellular malfunctions. Therefore, we integrated thousands of disease mutations, allowing users to analyze the intersect of genetic mutations with PTM sites. Thus, PhosphoSitePlus also serves as unique resource for potential biomarkers or disease drivers.

We’ll keep working to make PhosphoSitePlus a powerful resource for your research. If you’ve never visited, you should take a spin through our library of post-translational modifications today.