In November, nearly 25,000 neuroscientists from all over the world gathered once again for the Society of Neuroscience (SfN) Meeting 2022 in San Diego after three years of canceled or virtual meetings due to the COVID-19 pandemic. During the five-day annual meeting, participants shared their latest findings, tools, and techniques for advancing the field.

As neuroscientists, we recognize the importance of making connections—and how challenging it can be to develop a strong network in a remote, virtual world. With spatial biology and computational genomics continuing to be at the forefront of neuroscience research and a key focus at the conference, the return to an in-person event was an apt reminder of the importance of proximity in making connections and building networks. 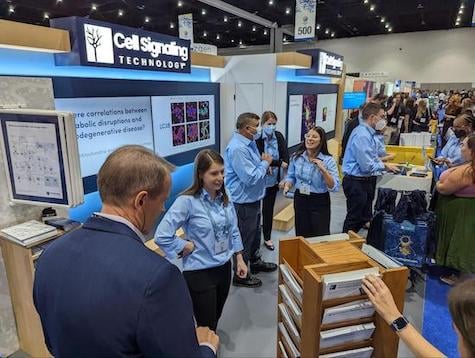 Needless to say, it was refreshing to see fellow brain scientists in person again, to share news of recent breakthroughs across a podium instead of through a computer screen, and to develop deeper, more meaningful, and lasting connections with fellow researchers.

It was fitting that the conference came on the heels of the announcement from Biogen and Eisai that they achieved positive top-line results for their Clarity Alzheimer's disease (AD) confirmatory phase 3 clinical trial of lecanemab. The promising antibody drug, which appears to clear amyloid plaques and slow cognitive decline among AD patients, was received with some caution at the show. Neuroscientists had received similar promising news about aducanumab, which was announced with even greater fanfare but was subject to huge controversy and eventually abandoned.

Although I remain cautiously optimistic about the news of this potential therapeutic breakthrough, I suspect that real advancement will not come until the cellular and molecular basis of AD is better understood. Certainly, new tools, technologies, and more relevant model systems will accelerate discovery in this space. Most importantly, understanding how all the cells in the brain are interconnected and networked remains key to driving discovery in AD research.

One of the hallmarks of neurodegeneration that contributes to AD is neuroinflammation, the process in which glial cells, like microglia and astrocytes, become reactive under diseased or damaged conditions. How these cells directly contribute to disease is under intense investigation, and SfN was rich with reports of new and exciting findings regarding this process. It’s difficult to summarize the hundreds of posters and talks that were presented on this hot topic, but one particular session, Alzheimer’s Disease: Glial Cells, highlighted how glia might contribute to disease pathology via altered engagement with neurons in disease conditions.

Microglia are known to eliminate excess neuronal synapses during development in a process known as synaptic pruning. What isn’t clearly understood, however, is if this process occurs under disease conditions, particularly after developmental synaptic pruning has ceased. Although investigators have speculated that glia might directly contribute to this process, evidence, particularly in humans, has been lacking.

Dr. Gomez-Isla’s group observed similar synaptic engulfment by microglia and astrocytes in disease conditions and also proposed a model by which astrocytes mediate synapse elimination well before the appearance of late-stage pathological markers. Interestingly, Dr. Gomez-Isla used a novel technique, expansion microscopy, which enables super-resolution imaging of tissues, such as the brain, by expanding and physically enlarging the tissue to be imaged.

Expansion microscopy is an emerging technology that may enable the discovery of key cellular and molecular mechanistic insights in AD. As always, I am optimistic the development of new technologies and tools will enable scientific discovery and progress.

This year was a special year because Cell Signaling Technology (CST) presented two posters showcasing new tools we had developed to better understand the cellular and molecular contributions of AD.

In the first poster, presented by my colleague, Jordan Hirschfeld, we developed antibody-based tools that can be used to investigate the TREM2 signaling pathway. TREM2 is a receptor protein expressed in microglia that is genetically and mechanistically linked to AD. Investigators are targeting TREM2 for therapeutic intervention, yet signaling cascades downstream of TREM2 have yet to be fully characterized. 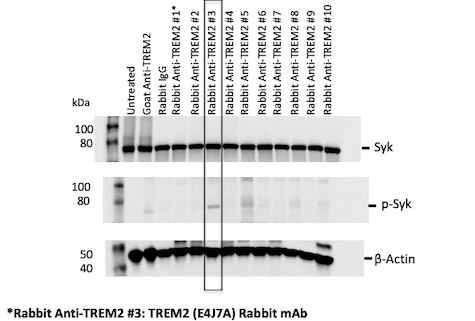 Figure 1: A library of anti-human TREM2 recombinant monoclonal antibodies was generated and screened for in vitro stimulation of TREM2 using pSyk as a readout.

How do microglia directly or indirectly contribute to AD initiation and progression? This is an area that remains under intense investigation. What is clear, based on multiple RNA-seq studies of the last five years, is that microglia exist in distinct molecular states in the context of disease. However, transcriptomic profiling of cells, although powerful, has its limitations. For example, RNA profiles may not correlate faithfully with protein expression, which ultimately drives microglia function. Moreover, the spatial context of protein expression is an important factor in understanding the relationship between microglia and disease. For example, are the translated proteins linked to RNA targets associated with disease similarly upregulated in microglia? Are they linked to the proximity of pathological hallmarks of disease, for example, amyloid-beta (Aβ) plaques in AD?

In order to investigate these questions, we presented a second poster titled “Development of novel rabbit monoclonal antibodies to characterize microglial activation states in murine models of Alzheimer’s disease,” which describes antibody-based tools developed to stain proteins that could mark disease-associated microglia. We highlighted one particular antibody against Cathepsin D, a lysosomal aspartyl protease involved in protein degradation. The gene that encodes Cathepsin D is upregulated in microglia in mouse models of AD. Similarly, when staining microglia using an antibody for Cathepsin D and a multiplex immunofluorescence strategy, we observed Cathepsin D-positive microglia surrounding amyloid plaques, suggesting that this new tool can be used to label reactive microglia that may directly contribute to Alzheimer’s disease progression (Figure 2). 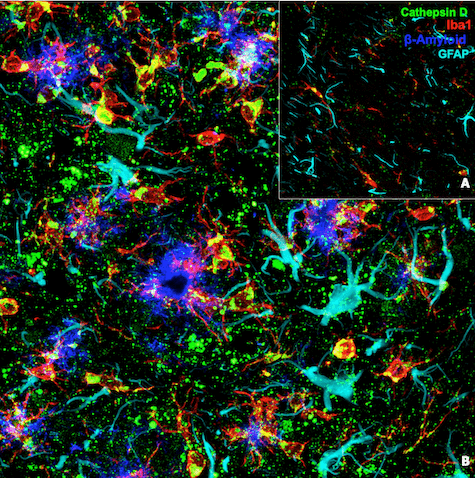 The Quest for New Insights, Technologies, and Tools Continues

After nearly three years of missing key conferences, I welcomed the opportunity to witness the interplay between the quest for new discoveries and insights, technology, and tools in the world of neuroscience. Now, more than ever, the world of science is interconnected in ways that we cannot imagine. SfN is a special conference because it captures what is so fascinating about the brain—how do the networks of neurons, including non-neuronal cells like glia, work together to drive complex human behavior and disease? 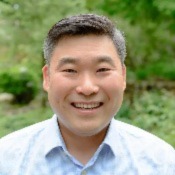 Richard Cho is the Associate Director of Neuroscience at Cell Signaling Technolgy. He is a synaptic neurobiologist having trained at Johns Hopkins Medical Institute and MIT. At CST, he is helping develop and manage the neuroscience portfolio with a specific interest in developing antibody-based tools to investigate neurodegeneration and neuroinflammation. Be sure to seek him out at the next SfN or AD/PD meeting!