Apoptosis is a highly regulated form of programmed cell death that occurs in multicellular organisms during development, throughout the lifespan, and in response to cellular stress. Nuclear condensation, cell shrinkage, membrane blebbing, and DNA fragmentation are characteristic features of the cellular disassembly that occurs during this form of cell death. A family of proteolytic enzymes, called caspases, serves as the central regulators of apoptosis, and their activity, in turn, is balanced by myriad additional pro-apoptotic and anti-apoptotic proteins. The dysregulation of apoptosis occurs in and contributes to the pathology of several disease states, including autoimmune disorders, neurodegenerative diseases, and cancer. Therefore, understanding how and why apoptosis influences these biological processes may lead to advances in therapies to treat and benefit human health. 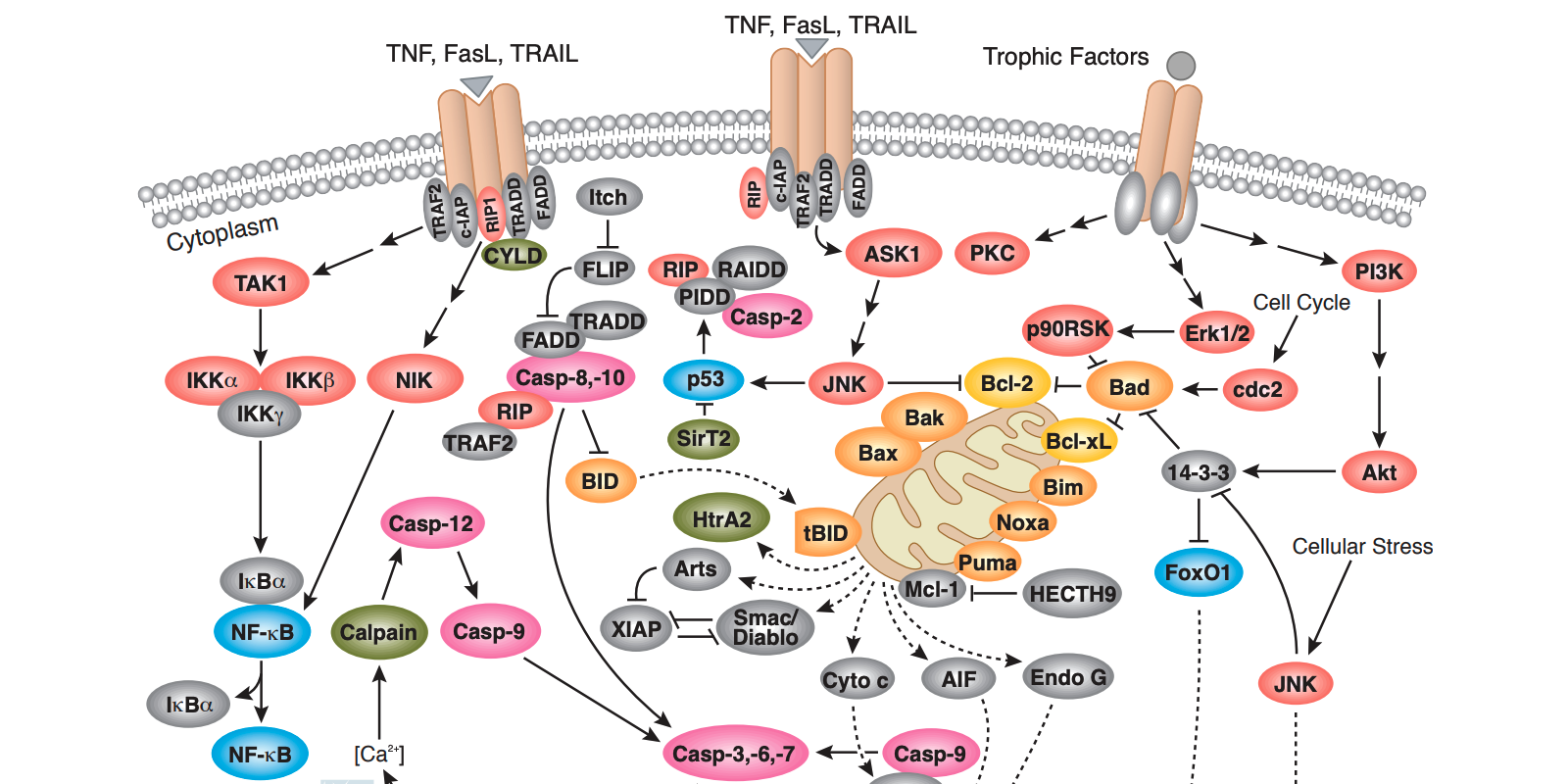 While several methods have been developed to detect apoptotic cells, selecting the appropriate assay is strongly influenced by its sensitivity and specificity when performed with the experimental model of interest. For example, annexin V staining of cell suspensions can effectively identify changes that occur to the lipid bilayer early in apoptosis by flow cytometry. However, this assay is less suitable for intact tissue specimens as the results are often more difficult to quantify and interpret. Instead, other markers of apoptosis–including cleaved caspase-3 and the nuclear enzyme poly (ADP-ribose) polymerase (PARP)-are better suited for detection in tissue sections by traditional immunohistochemical methods.

In general, apoptosis assays have been designed to detect the multiple cellular events indicative of activation of the apoptotic pathway. In addition to the markers described above, these include chromatin condensation – which can be visualized by staining with DNA dyes such as DAPI and Hoeschst 33342. DNA strand breaks and fragmentation is identified with the terminal deoxynucleotidyl transferase dUTP nick end labeling (TUNEL) assay, and additional subcellular localization markers – including the translocation of cytochrome c from the mitochondria to the cytoplasm. Furthermore, measuring mitochondrial membrane potential, a key indicator of cell health, is an established early indicator of apoptosis since its dissipation correlates with inactive and dysfunctional mitochondria. This can be performed following incubation with the cell permeable cationic dye TMRE (tetramethylrhodamine, ether ester). TMRE normally accumulates in healthy, intact mitochondria. Therefore, when the mitochondrial membrane potential has been disrupted, fluorescence intensity decreases - as is the case following cell death via apoptosis.

Since apoptosis is typically a transient process, it is often necessary to perform multiple methods to confirm its occurrence. Likewise, using multiple markers can provide insight into the kinetics of apoptosis in a given model system and to distinguish it from alternative forms of cell death, like necrosis. Conversely, the investigation of cell survival signaling cascades which actively inhibit apoptotic processes serves as a necessary complement to fully understand the scope of the cell death mechanisms at play in an experimental model. For example, growth factor and cytokine-induced signaling via the PI3K/Akt pathway leads to the phosphorylation and inhibition of the pro-apoptotic Bcl-2 family members Bad, Bax, caspase-9, GSK-3, and FoxO1 and the upregulation of the anti-apoptotic proteins like Bcl-2. The balance between cell death and pro-survival signaling cascades is the focus of the majority of assays for apoptosis.

For more information the mechanisms of cell death, apoptosis, and useful assays to examine these processes, please visit the CST pathway webpages.